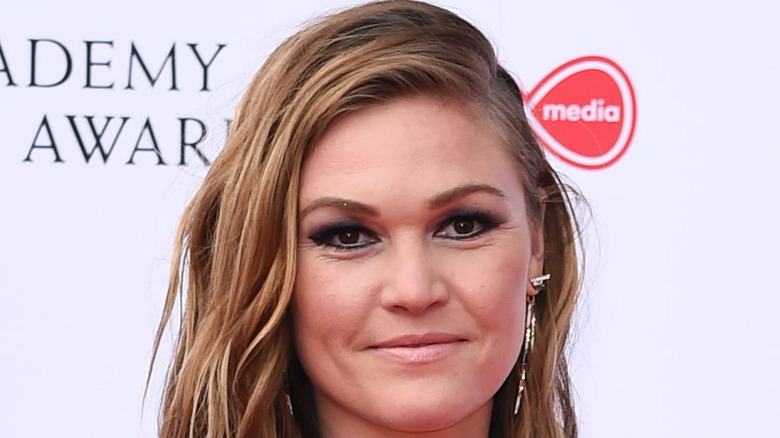 Julia Stiles has been an actress for decades, with roles in box office hits such as “10 Things I Hate About You” opposite Heath Ledger,  “Hustlers” with Jennifer Lopez, and the Jason Bourne movies starring Matt Damon (per IMDb). So it makes sense that she met her husband, Preston Cook, on a movie set.

Cook has worked as a camera assistant on a variety of movies including “Deadpool,” “The Revenant,” “Big Eyes,” and “Skyscraper.” But he has also had small roles in front of the camera, with appearances on “Smallville” and “The L Word” (per IMDb). He met Stiles while working together on the 2015 film “Go With Me,” and they got engaged that year on Christmas Eve. “We went on a big trip with his entire family over Christmas and New Year’s,” Stiles revealed on “Today” (per Bustle). “So I kept saying to myself out loud, like every day, ‘Do not ruin a perfectly good vacation by getting your hopes up. Just get it out of your head.'”

While Stiles and Cook got engaged rather quickly, they didn’t tie the knot until nearly two years later, when Stiles was pregnant with their first child. The actress confirmed the nuptials on Instagram, writing “Who doesn’t love a shotgun wedding?” alongside a photo of Cook’s hand on her baby bump. Their son — Strummer Newcomb Cook — was born one month later. 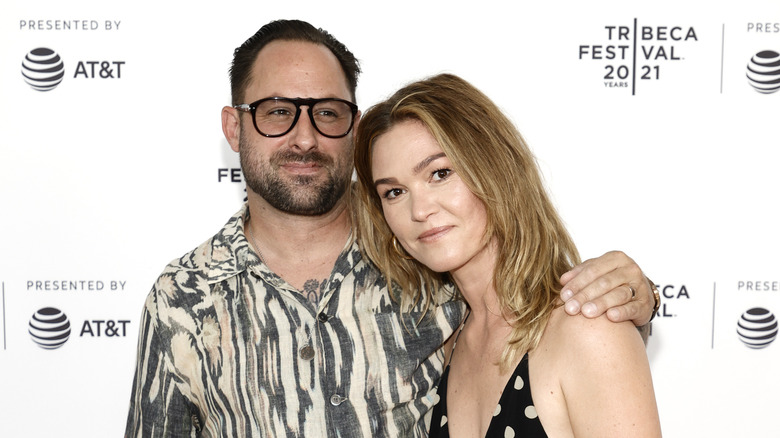 After meeting on the set of “Go with Me,” Julia Stiles and her husband Preston Cook have continued to work together on “Jason Bourne,” as well as the drama series “Riviera” (per IMDb). “We were so lucky,” Stiles told Marie Claire UK of their collaboration on “Riviera” (via Bustle). “It turned into the most romantic experience ever.”

The couple has also kept busy with their son. In fact, he was a frequent visitor on the “Riviera” set. “I was really fortunate that on the set of Riviera, he was able to come and visit, mostly at lunchtime because [I was] multitasking and I didn’t want to constantly be leaving him,” Stiles told reporters at the 2019 Television Critics Association Panels (via People).

And Stiles also paid tribute to her husband on their third wedding anniversary in September 2020, posting a wedding photo on Instagram along with the caption, “Three years, Five countries, Two Quarantines, and we haven’t killed each other. Happy Anniversary, Luv.”