LONDON — About 400 people gathered in the Troubadour Wembley Park Theater in North West London on the Friday night before the Wimbledon tennis tournament began — to watch a match from 1980.

The famous men’s singles final from that year, between Bjorn Borg and John McEnroe, was part of an immersive theater experience called “Wimbledon Rematch 1980.”

A five-hour show, it was performed for three nights and involved playing broadcast footage of the match on a large screen in a theater while live actors, dressed as the players, swung along in unison. An original score was written and recorded for dramatic effect.

Borg and McEnroe in their 1980s hair and headbands were not the only signs of the time. Patrons, who paid 49.50 pounds, or about $63, for a general admission ticket, played Donkey Kong and Pac-Man, video games that came out around that time. Period music blasted from a cassette player, and vintage ads for Pimm’s, a liqueur, played on a boxed television set with round knobs.

The production, put on by the All England Club, which hosts the Wimbledon tournament, was an effort to attract a new crowd to tennis.

“We want to be viewed as innovative,” said Alexandra Willis, head of communications, content and digital for the club.

Using experiential events to build excitement for a sporting event is hardly new. Last year, at the United States Open, American Express offered an augmented reality experience that made tennis fans feel as if they were stepping onto the court at Arthur Ashe Stadium. This year, at Wimbledon, fans are able to “travel” to a virtual court and rally alongside Andy Murray, who cheers them on. 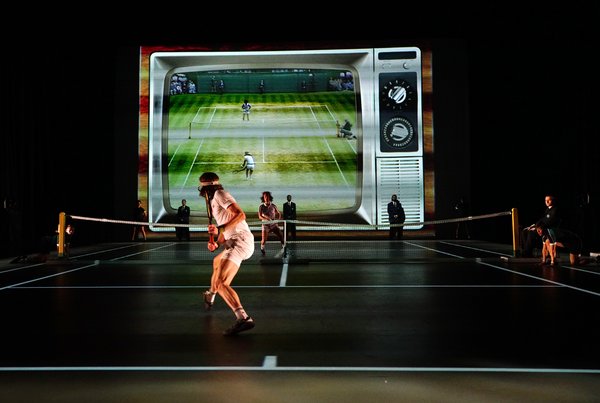 The All England Club viewed “Wimbledon Rematch 1980” as a trial that could be repeated. “It’s a fairly significant investment,” Willis said. “We haven’t done it on a shoestring.”

The idea to recreate Wimbledon from 1980 came from Richard Ayers, founder and chief executive of Seven League, a digital consultancy that focuses on helping sports teams grow and monetize audiences.

“The way sports teams maximize revenue is usually by putting on more games, bigger games, new games,” he said. “They never pause and say, ‘Let’s make the most of an incredible story in our archive.’ They can use their intellectual property to make money.”

He recruited an accomplished team to put on the show, including Mark Murphy, who choreographed the closing ceremony of the Commonwealth Games in Glasgow in 2014.

The Wembley Park Theater, where “The X-Factor,” a British reality television show, was filmed, was an attractive location because it is 15 miles from Wimbledon Village, Willis said.

“We needed to do it in another part of London to get new people in,” she added.

It is notoriously hard to attain tickets to Wimbledon, so for many people, “Rematch” was a chance to participate in the tournament without spending a lot of money or lining up overnight.

“It’s better than I thought it would be,” said Nik Wood, 63, who traveled from South East England for the event. “Everyone is into the spirit. It’s really something different. The food, the drinks — it all feels real.”

Many participants were drawn to the event by the chance to immerse themselves in the ’80s.

“I was going to wear crazy short shorts, but I ended up having to go to work and wearing jeans instead,” said Johnny Tillotson, 33, who works in the car industry in London and was celebrating his birthday at the show. “But I still have my ’80s high tops on. They are an exact replica.”

One of his favorite parts was an exhibit on the VHS. “Actors are demonstrating it like it’s a new thing,” he said. “They showed me how to rewind. It’s hysterical.”

If Wimbledon is trying to get on a new generation’s radar, it was helped by the parents who took children to the show to introduce them to this famous match.

Cassie Bradley, an actress from England’s long-running soap opera “Coronation Street,” was there dressed as a strawberry. Her mother, Kathy Bradley, was dressed as cream. Together, they represented Wimbledon’s most famous dish.

“Cassie didn’t know what was going to happen in the match,” Kathy Bradley said. “I remember watching it in my parents’ house growing up. I didn’t appreciate how hard McEnroe fought because at the time I was so in love with Borg. He was my idol. This re-creation is amazing.”

“I came here because I was interested in the theater part,” Cassie Bradley said. “I thought we were going to just watch some footage, but the match was phenomenal.”

Then she added: “And I got to wear a strawberry onesie. Nobody batted an eye.” 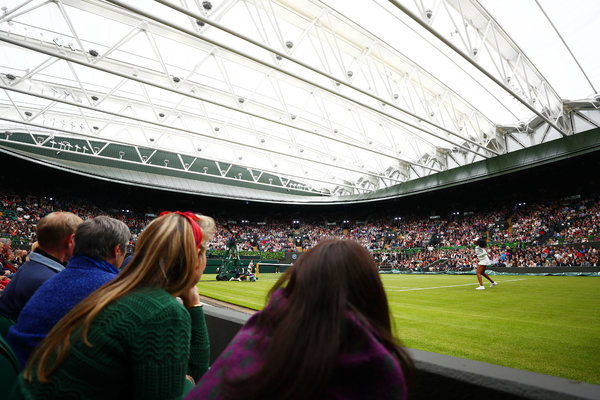 07/06/2019 Celebrities Comments Off on McEnroe-Borg Redux: This Time With Actors
Recent Posts