Homes Under The Hammer’s Martin Roberts, 57, gave his fans an insight into why he felt nauseous when filming with the BBC 30 years ago. It comes after one fan on Twitter shared a rare video of the TV host diving into something quite the opposite to property.

Back in 1990, Martin presented a segment for BBC Radio Manchester to find out “how spacemen poo”.

One social media user brought up the moment in his career after Martin asked his fans for some questions in a Q&A this week.

In view of his 25,000 Twitter followers, he penned: “Good Morning Everyone! After an incredible week promoting my @Sadsville_Book campaign last week, I am back for another #AskMartinMonday.

“So simply reply to this tweet with your questions, property related or otherwise, and I will respond later on today!” 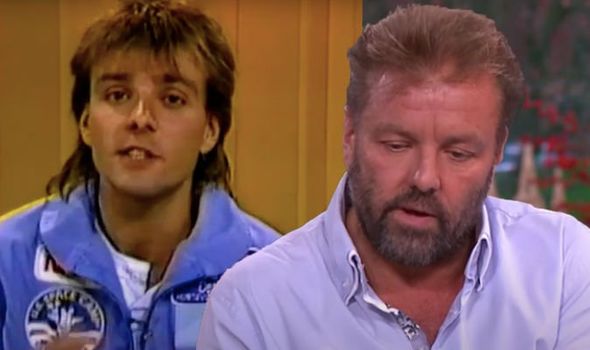 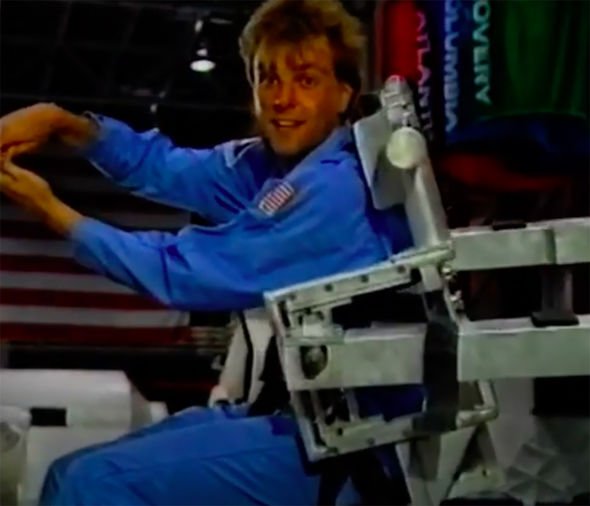 One of his fans rushed to share the video of Martin on the BBC, asking: “Did you throw up?” which was followed by a woozy face emoji.

Once Martin refreshed his memory, he admitted: “I did actually yes!

“Partly because we had to reshoot it 5 times, once would have been ok.”

He went on to reveal: “But by the fifth, I was definitely feeling rather queasy.” 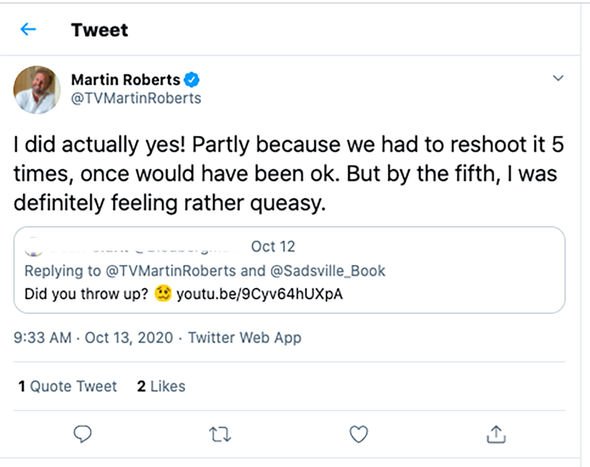 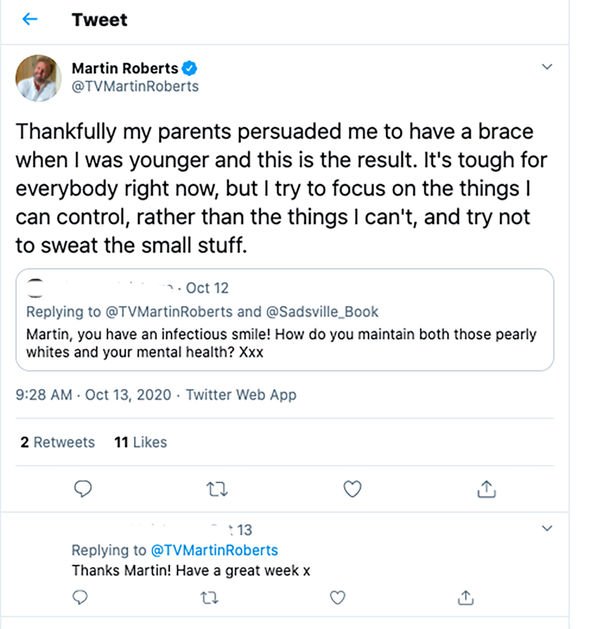 “Oh that must have been terrible,” the Twitter user replied.

One of his fans went on to ask him a more serious question concerning his mental health.

The BBC star then spoke out about how he takes care of his mental wellbeing during this “tough” time.

“Thankfully my parents persuaded me to have a brace when I was younger and this is the result,” he began.

“Thanks, Martin! Have a great week x,” they said in return.

Homes Under The Hammer fans have seen the presenter guide people through renovation projects since 2003.

However, Martin has revealed what things have been like for him and his crew after returning to film the show during the coronavirus pandemic.

He told Express.co.uk: “So Homes Under the Hammer got put on hold, so we haven’t really done much filming on that since March.

“We’ve done a few days here and there and we’ve tried a new way of filming where it’s just me and a cameraman – that seems to be working.”

Martin concluded: “I think it’s just a lot slower, obviously, we can only do one property a day.

“And obviously the auctions are you know, they’re not operating in the normal way. So we’re having to make it, you know, adapt there.”

Watch Martin on Homes Under The Hammer on BBC One at 10.00am.

10/16/2020 Celebrities Comments Off on Martin Roberts: Homes Under The Hammer host addresses ‘throwing up’ backstage in BBC show
Recent Posts
We and our partners use cookies on this site to improve our service, perform analytics, personalize advertising, measure advertising performance, and remember website preferences.Ok