Martin Lewis returned to Twitter last night amid a “self-imposed” break from social media. While on the micro-blogging site, the financial journalist was no doubt surprised to see a shirtless photo of himself, leading him to brand his co-host a “cruel woman” for posting it.

The snap showed the TV host in the studio without a shirt on.

It was taken with just one minute till air.

The 48-year-old could be seen in a waistcoat and a pair of smart trousers, as he rehearsed for the programme. 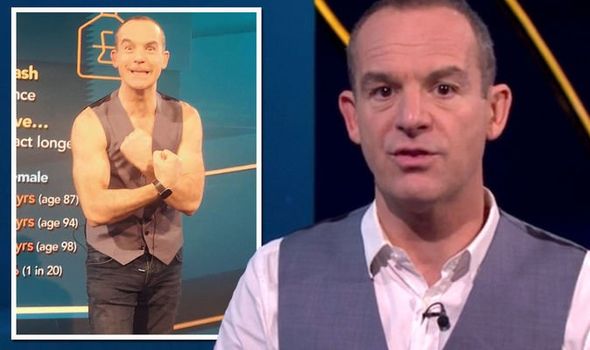 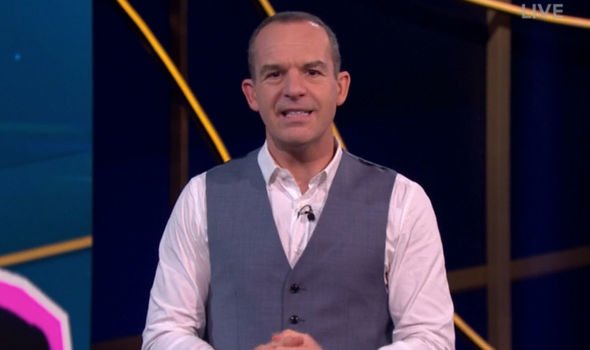 Martin re-shared the tweet with his 1.1 million followers and spoke of his surprise at her cheeky move.

“I can’t believe you tweeted this,” he exclaimed before explaining the reason behind his unlikely appearance.

“I was told my shirt needed to be pressed before we went on air. So I did ten minutes of rehearsal without,” he told fans. 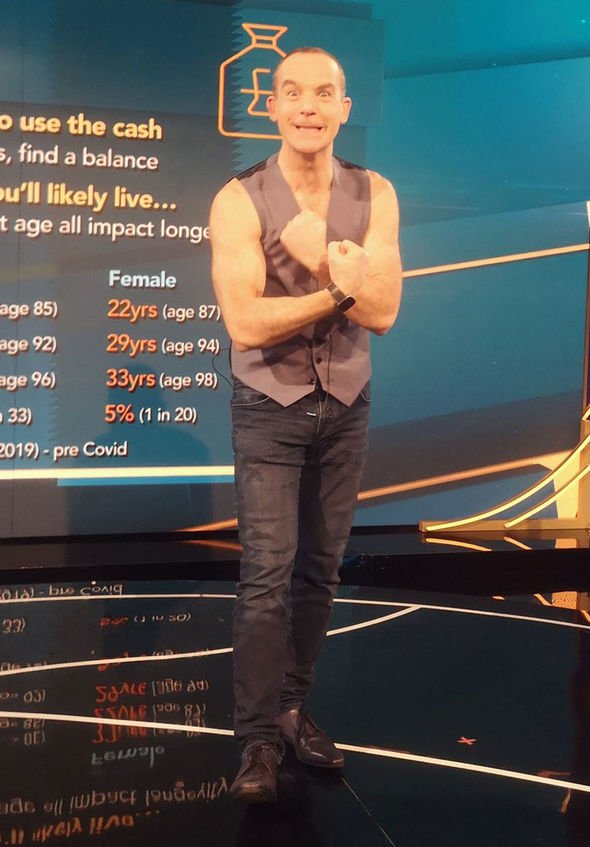 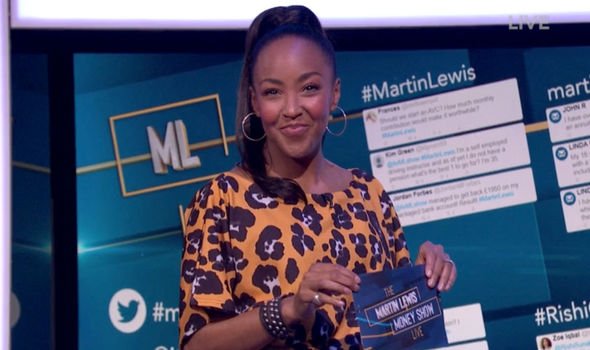 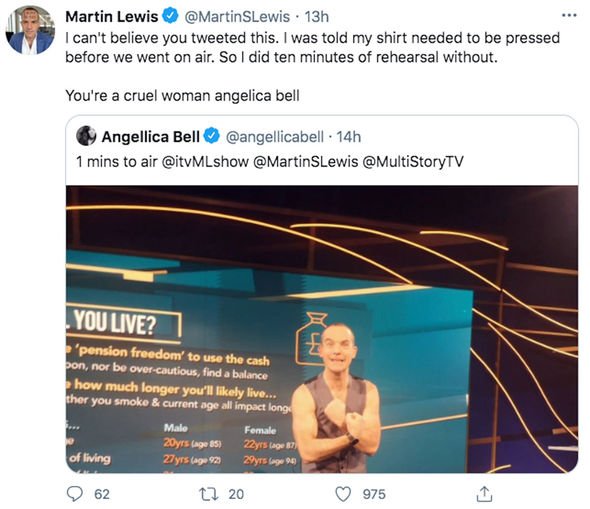 Not missing a beat, his co-host returned to the micro-blogging site to poke fun at her colleague.

“Errrrrrrrrrrrrr you were more than happy to show me your guns.

“YOU LOVE IT!” she added, followed by several laughing and blowing kisses emojis.

Many took to the comments section to share their thoughts and reveal who they thought the presenter looked like in his sleeveless outfit.

“You both bounce off of each other so well, the banter is spot on, absolute quality,” one viewer remarked.

“Good job your trousers weren’t creased and needed an iron,” another added amusingly.

Sharing a similar thought another shared the lyrics for the band’s most famous hit, including the line, “I’m too sexy for my shirt.”

Other suggestions included former Take That star Robbie Williams and Bono from U2.

“Who knew Martin Lewis had muscles like that,” another said pointing out the presenter’s muscular arms.

“Wow your arms! Someone has been working out,” another said in agreement.