This Morning’s resident financial adviser Martin Lewis, 48, took calls from viewers about their problems, but was left baffled after Phillip Schofield, 58, interrupted and suggested he had used a swear word. Some Twitter users claimed the offensive term he used was “sh**es”, while others said “shyster” may be the problem.

In response to a viewer on the show, he seemingly slipped up and said “sh**es” instead of sites when speaking of non-reliable websites.

He went on to say some of them are “outrageous” and “that’s why I call them shysters”.

As he continued to speak, Phillip muttered: “What you said before was though.” 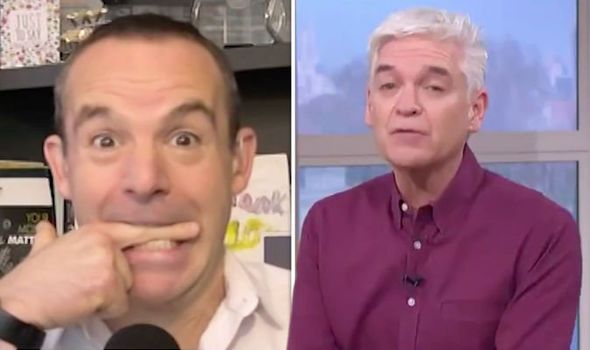 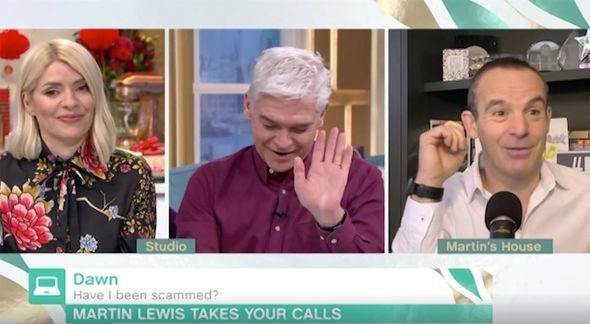 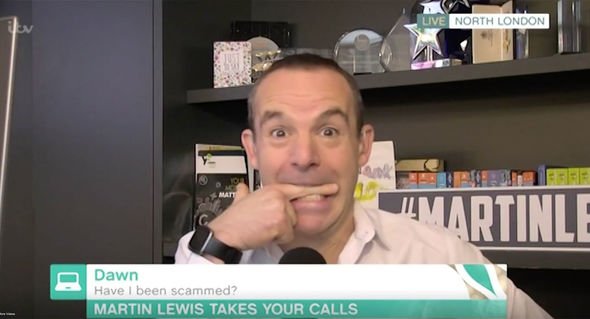 “What was that?” Martin asked, appearing baffled.

“Don’t worry, roll it back,” the host replied.

Martin then jokingly put his finger to his mouth in response to the mishap.

But, taking to Twitter after the show, he asked fans about which swear word he had supposedly said. 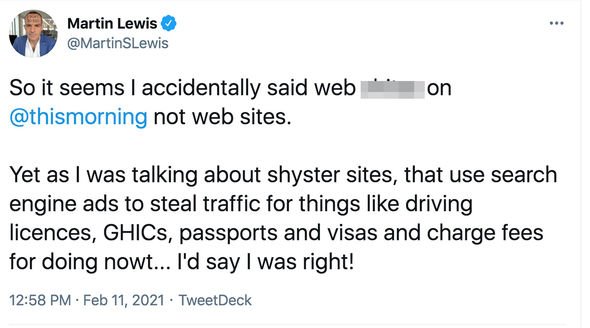 He wrote: “Apparently according to Philip I swore on @thismorning just now.

Many of his one million followers flocked to his post to inform him.

“s**tes instead of sites haha,” one wrote.

Another commented: “Shyster was the only thing I heard you say but I wouldn’t say that was a swear word.”

A third said shyster is a “slang word for someone who acts in a disreputable manner”.

They added: “Are we getting to the stage where everyone has to examine every word we utter?”

“No that wasn’t the point,” he replied.

“As I noted shyster isn’t a swear word. Philip suggested I had sworn earlier.

“The common view is I may have said web sh**es accidentally instead of sites.”

In response to this, a fourth wrote: “Yes just a slip of the tongue during your impassioned advice.

“All fine and everyone just appreciates your determination and passion to help.”

A fifth commented: “Apparently, he doesn’t know what a shyster is or that the word isn’t a swear word!”

Martin added: “So it seems I accidentally said web s***es on @thismorning not web sites.

“Yet as I was talking about shyster sites, that use search engine ads to steal traffic for things like driving licences, GHICs, passports and visas and charge fees for doing nowt… I’d say I was right!”

This Morning airs weekdays from 10am on ITV.