Lori Loughlin’s daughters, Bella Rose Giannulli and Olivia Jade Giannulli, will be called to testify in college admissions case if their mother doesn’t change her plea to guilty, a source tells Us Weekly exclusively.

“Lori has been told by the legal team that the United States Attorney’s Office will use her daughters as star witnesses in hopes of securing a conviction,” the source tells Us, noting that the 55-year-old actress’ daughters “had their world turned upside down when their parents were indicted.”

The source notes that Loughlin “asked if there was anything that could be done to prevent the girls from testifying.”

“She was told there wasn’t unless there was a change from not guilty to guilty,” the source explained. “Accepting a plea bargain would be the only solution.”

Loughlin and husband Mossimo Giannulli have both pleaded not guilty to charges of fraud, money laundering and bribery for allegedly paying to have daughters Bella, 21, and Olivia, 20, admitted to the University of Southern California as crew recruits, despite the fact that they are not involved in the sport. 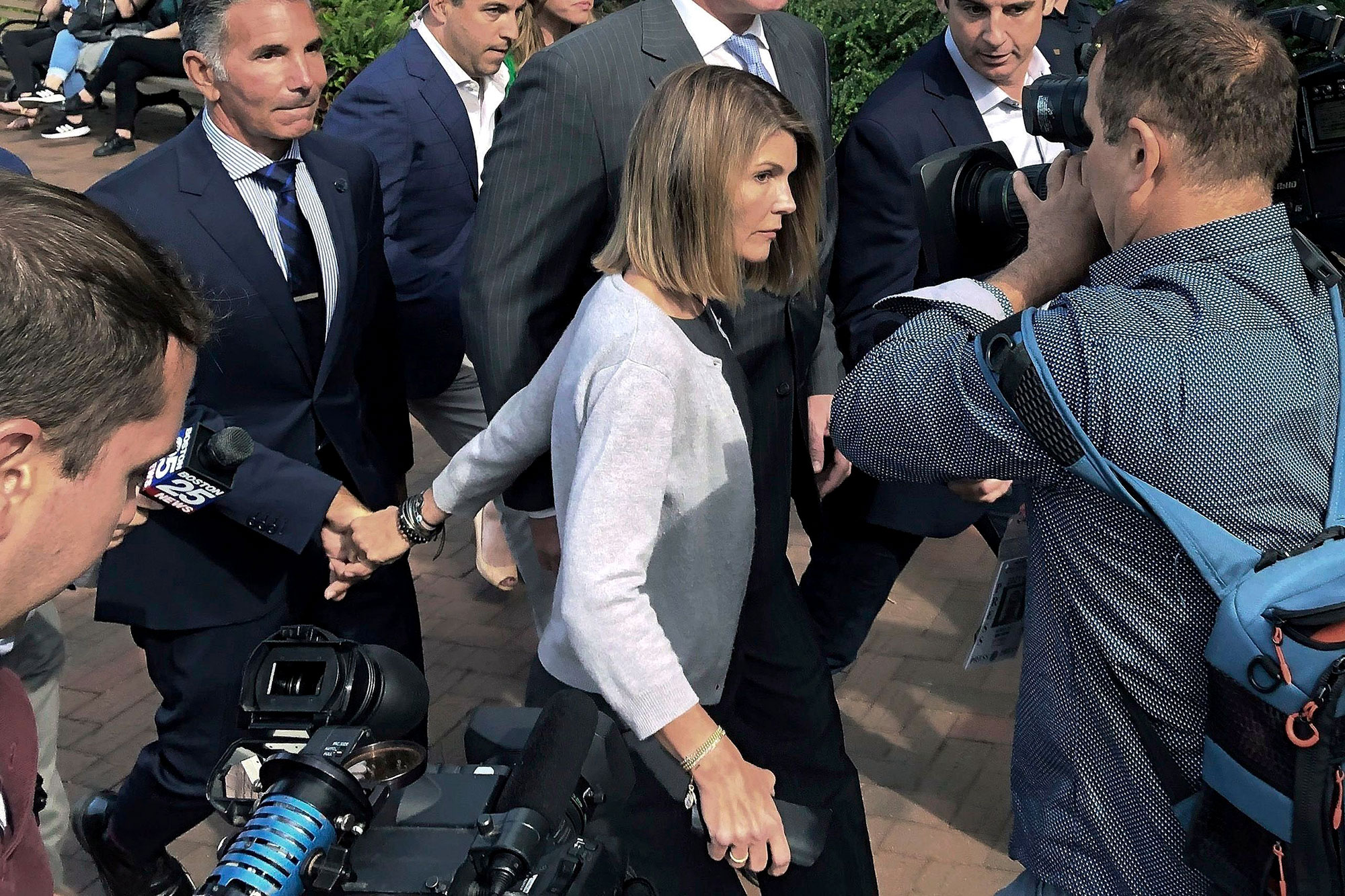 “The girls seem to grasp the severity of the situation and are taking it very seriously. Prosecutors plan on asking Bella about the photo she took on a rowing machine prior to being admitted,” the source says. “Bella did so at the direction of her parents.”

The source adds that the aspiring actress and the YouTuber “could invoke the fifth amendment if their lawyers advise it” and refuse to testify. (The fifth amendment states that “no person shall be held to answer for a capital, or otherwise infamous crime, unless on a presentment or indictment of a Grand Jury.”)

The source concluded: “They don’t want to be in the crosshairs of this mess more than they already are.”

A second source previously told Us that Bella and Olivia were upset with their mother for backing out of a plea deal in November 2019. “She knows she has caused so much damage to her daughters’ lives and reputations and knows a trial would only make it worse,” the source said at the time.

While both girls are no longer enrolled at USC, Olivia — who lost a lucrative makeup deal with Sephora amid the scandal — made a return to YouTube last month after eight months of not posting any videos for her nearly two million subscribers.

“Obviously, I’ve been gone for a really long time and as much as I wish I could talk about all of this, it’s really hard for me to say this, just because I know that it’s something that needs to be addressed,” the beauty influencer said in her first video back. “It’s just, unfortunately, also why I didn’t know exactly when I should come back to YouTube but the reason for that is just ’cause I’m legally not allowed to speak on anything going on right now.”

After sharing an everyday makeup tutorial on December 17, she as gone dark on YouTube again.

“Olivia’s lawyer is providing counsel as to what content and topics Olivia can safely discuss,” an insider told Us in December, which includes “staying away from any mention of her parents’ legal troubles.”

The insider added: “Prosecutors could ask Olivia about her decision to return to social media.”

Related posts:
01/22/2020 Celebrities Comments Off on Lori Loughlin’s Daughters Will Be Called to Testify If She Doesn't Change Plea
Recent Posts
We and our partners use cookies on this site to improve our service, perform analytics, personalize advertising, measure advertising performance, and remember website preferences.Ok