As the chaos that is 2020 continues, Kim Kardashian West has been treating herself to a little R&R.

Since early June, the mom-of-four has been taking a break from California life and spending time in Wyoming with her husband, Kanye West. She hasn’t posted much from the trip, but on Sunday, June 28, she took to Instagram and shared a couple of photos that were seemingly taken at their $14 million ranch. The pictures show them cozying up together, which caused a stir on social media as the couple typically don’t put on PDA. 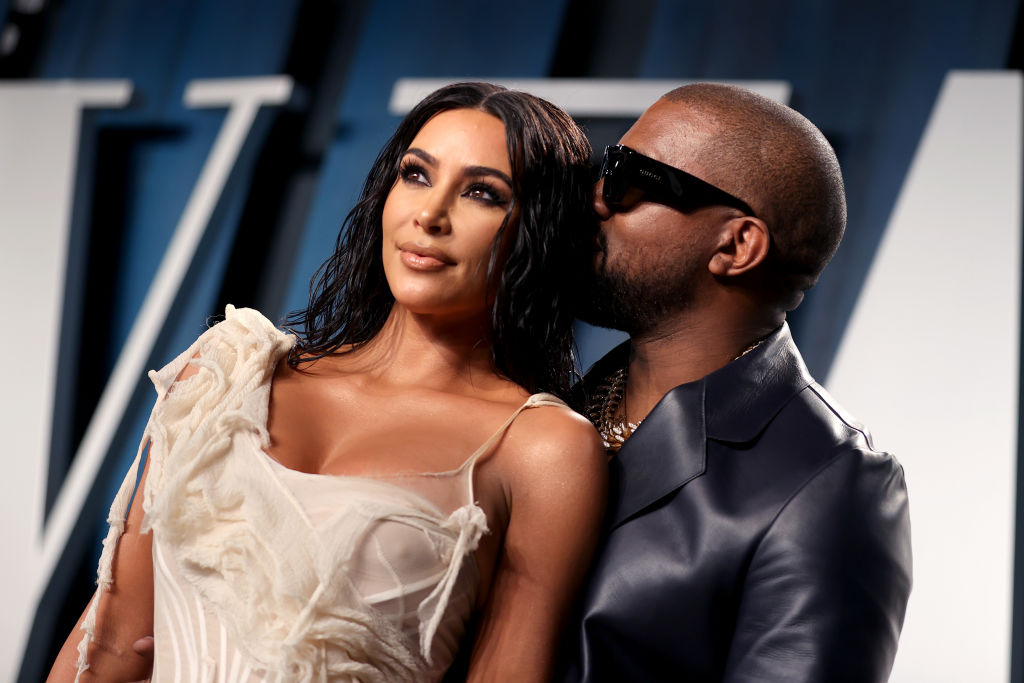 The photos show the Wests posing on a balcony in all-leather outfits. In one photo, Kanye is seen resting his hands on West’s waist as she leans slightly away from him, while the other shows her hugging and kissing his neck as he looks the other way. The reality star kept the caption short and sweet, writing: “Happy Sunday.”

The post has garnered over three million likes, with everyone from Lala Anthony to Busy Philipps positively reacting to it. But their postures had some fans calling them things like stiff and awkward.

“That second photo awkward as hell,” read one comment. Echoing that, another said, “They both look miserable and the affection looks forced.” A third person chimed in and mused, “The hug is unseasoned.”

Fans also criticized their outfits, especially since it’s summertime, comparing them to characters in films such as Blade (1998) and The Matrix (1999). One fan jokingly asked West if she’d taken the red or blue pill, referencing an iconic scene from the Keanu Reeves film, while another teased: “Imagine how squeaky they sound.”

The rumors began on April 29 when Us Weekly reported that the couple had been “arguing a lot” during the coronavirus lockdown.

A source told the outlet that “Kanye is really getting on Kim’s nerves” by leaving her with their kids while he goes to do other things. “Kim finds it frustrating that [Kanye] doesn’t ask her how he can help with the kids,” the insider continued, referencing their four children: North, 7, Saint, 4, Chicago, 2, and Psalm, 1.

A People magazine source backed the claims, saying “It’s a huge chaos with all the kids at home.” They noted that Kanye tends to “[escape] to his office” for work breaks. But at the same time, the insider said he also makes sure that his wife has time to herself. “He also let Kim have a break [in late April] when he took some of the kids to Wyoming. They have been taking turns caring for the kids,” the insider continued.

Still, fans believed the couple was headed toward a divorce. But West shut those rumors down in a post celebrating their sixth wedding anniversary on May 24. She shared a photo of them kissing along with the caption, “6 years down; forever to go. Until the end.”

Read more: Kim Kardashian West Gives 1 Reason Why She and Kanye West Are Still Together

Related posts:
06/30/2020 Celebrities Comments Off on Kim Kardashian West Fans React to Her and Kanye West Showing PDA in Wyoming
Recent Posts
We and our partners use cookies on this site to improve our service, perform analytics, personalize advertising, measure advertising performance, and remember website preferences.Ok