Making hearts beat faster. Keanu Reeves shocked the heck out of a family who left a sign for the actor in their yard while he was en route to the set of his new film, Bill and Ted Face the Music, based in Louisiana.

Writer Ed Solomon shared a Twitter photo on Thursday, July 18, of the Always Be My Maybe star, 54, crouched down next to the sign the family had made while adding a note of his own.

“So yesterday, this sign was out on a lawn on the way to set,” Solomon captioned the snap. “Keanu jumped out of the car and did this.”

“Stacey, you’re breathtaking,” he wrote along with his signature.

But that wasn’t all. As the Louisiana resident revealed via Twitter on Thursday, Reeves also took some time to meet the sign-makers.

“Wow! Yesterday was a dream come true!,” the fan wrote. “We knew @KeanuReevess_ was filming up the street so my son said we need to make a sign that says ‘You’re breathtaking’ So we did!”

The fan noted that while the sign got some attention from passersby, she was shocked when one of the vehicles pulling up to her yard turned out to be the actor himself. “A few cars stopped but then a car stopped and there he was!!” she wrote. “He actually stopped! Oh my heavens!” 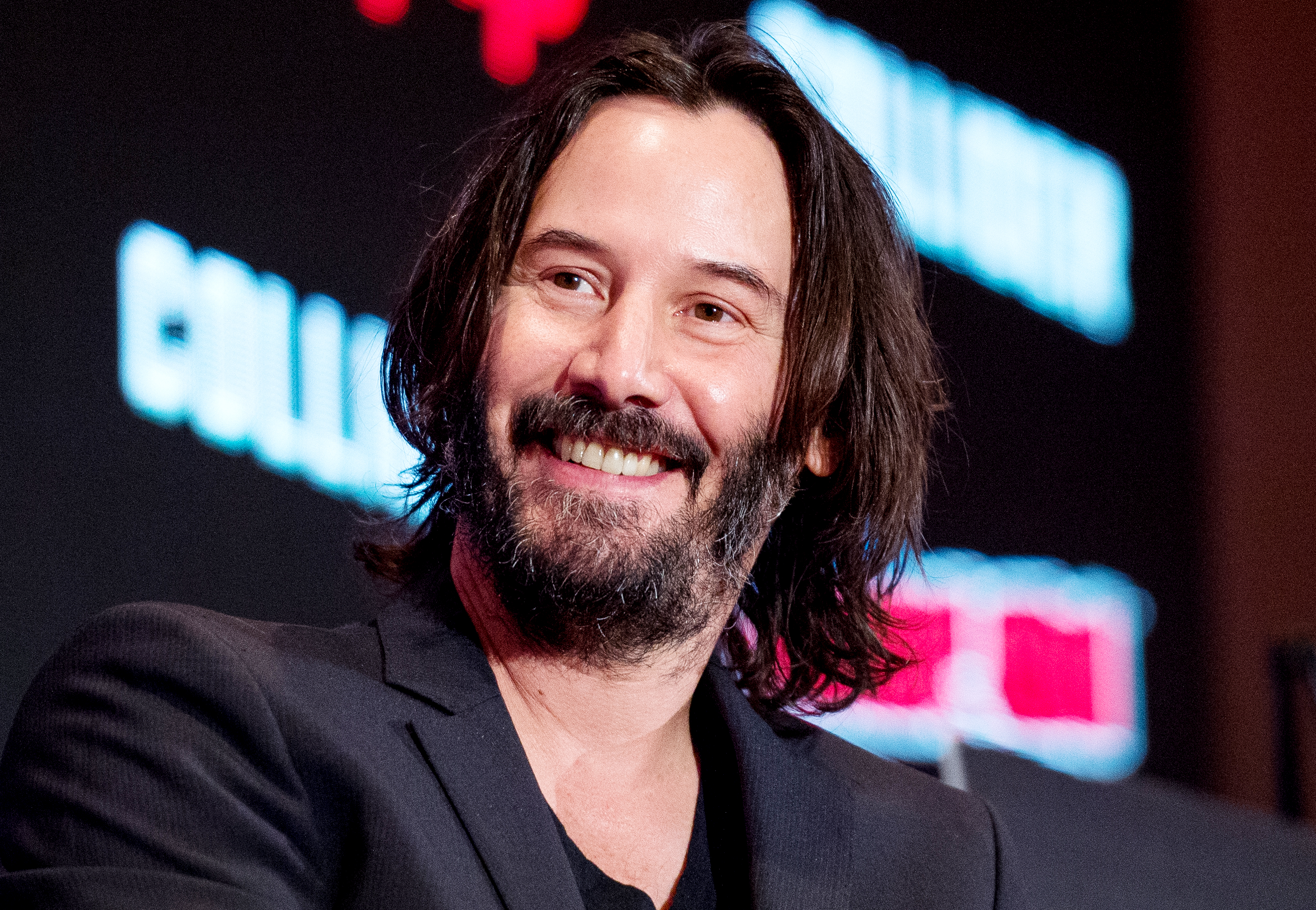 The Swedish D–ks alum is having a major moment in 2019: In addition to his side-splitting cameo in Always Be My Maybe, Reeves’ John Wick: Chapter 3 — Parabellum took down one of the biggest films of the year in Avengers: End Game and he left Stephen Colbert speechless when he gave a thoughtful response to the question of what happens when we die.

Reeves also came clean about his secret crush on his former Speed and Lake House costar, Sandra Bullock, 25 years prior.

“She obviously didn’t know I had a crush on her,” he shared with Ellen DeGeneres on a May 17 episode of The Ellen DeGeneres Show, reasoning, “We were working.” (Bullock, 54, admitted to her own crush on Reeves to the talk shot host, 61, on the show in December 2018.)