Actor Jim Belushi recently recalled getting fired as an extra in the 1978 film, The Fury, citing a desire to catch up to big brother John.

Patton Oswalt shared an image from the film noting that Jim was lowkey in the frame. “In that picture Amy Irving’s right arm looks like @JimBelushi’s weird mutant left leg,” he tweeted. Jim saw the tweet and shared, “That’s actually me. This was the first movie I appeared in. I got fired from this set because as an extra, I kept walking back into frame. I think I’m 21 here, John had just got on SNL and I was trying to catch up – ha!” 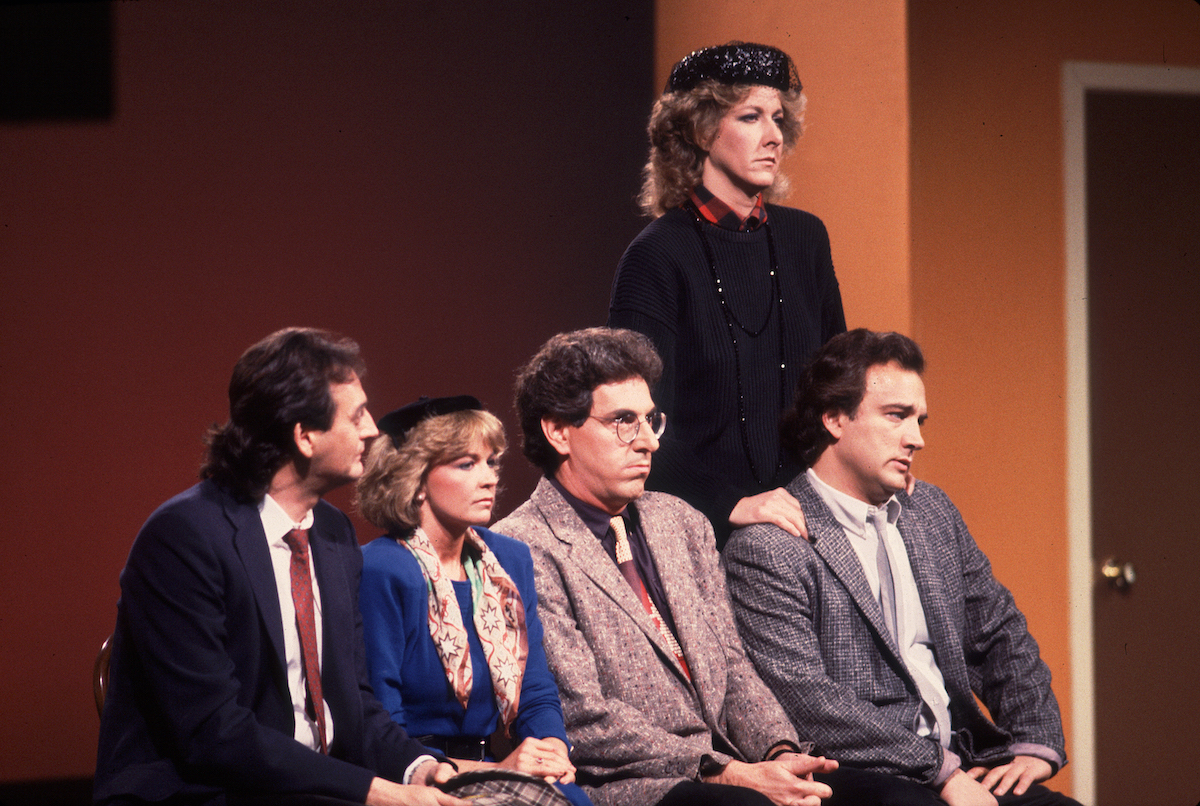 Jim Belushi says he was a ‘pushy extra’ in ‘The Fury’

Jim recalled being in the film, remembering how he had stardom on his radar. “Well, The Fury… Basically, I was a pushy extra, and I got fired,” he told Decider in 2019.

“Yeah, I was so young and naive,” he laughed. “We thought we were gonna be movie stars! The whole time we were there, we were, like, ‘Look, there’s a camera there!’ And we’d walk in front of it. We were so bad!”

“The assistant director told me, ‘I was at the dailies, and we looking at them, and there you were over and over and over again. Brian said, ‘Who’s that guy?! Get rid of him!‘ But ironically, he then came with Amy Irving to Second City and saw an improv show, and John Cassavetes came, too, and it was all okay…or at least it wasn’t too bad! But anyway, my first real film was Thief.”

He added, “By the way, as far as getting fired from The Fury, when I did the Letterman show, they got the film, and we counted how many times you could see me on camera. It was, like, four times within a minute clip!”

Jim and John Belushi could also be competitors

Jim recalled how he looked up to his brother, especially his accomplishments. When John landed Second City, that was all Jim wanted for himself. “For the next eight years, all I wanted to do was perform at Second City because it was magic,” he told The Hollywood Reporter. “I auditioned, and I got in, and I called John. I said, ‘Hey, man, I just got into Second City!’ There’s a long pause, and he goes, ‘Uh … I thought you were more like a drama guy?’ “

Jim also said his brother gave him some solid advice about the industry. “Stick around at the afterparties just long enough to say hi to the bosses,” was one note he recalled.

And while John was generous with the advice, Jim remembers how the two could be competitive. Jim starred in the play Sexual Perversity in Chicago. The play was eventually made into a film, About Last Night but producers originally wanted John to play Jim’s role.

“Don Simpson flies out, sees the play, takes me for a beer, and he goes, ‘Yeah, they should make a movie out of this,” Jim shared. But John got the call for the role. “I said, ‘Don’t do it, John.’ He goes, ‘What are you talking about?’

Jim continued, “I said, “This is my character, I developed it. Leave it alone.’ John goes, ‘Jimmy, you don’t understand Hollywood. They’re heat-seeking missiles. Danny [Aykroyd ] and I are really hot right now, so we get everything. They’re not going to make it with you. If we pass, they’re going to offer it to Billy Murray. Wouldn’t you rather have someone in your family play the role?’ What a d*ck.”