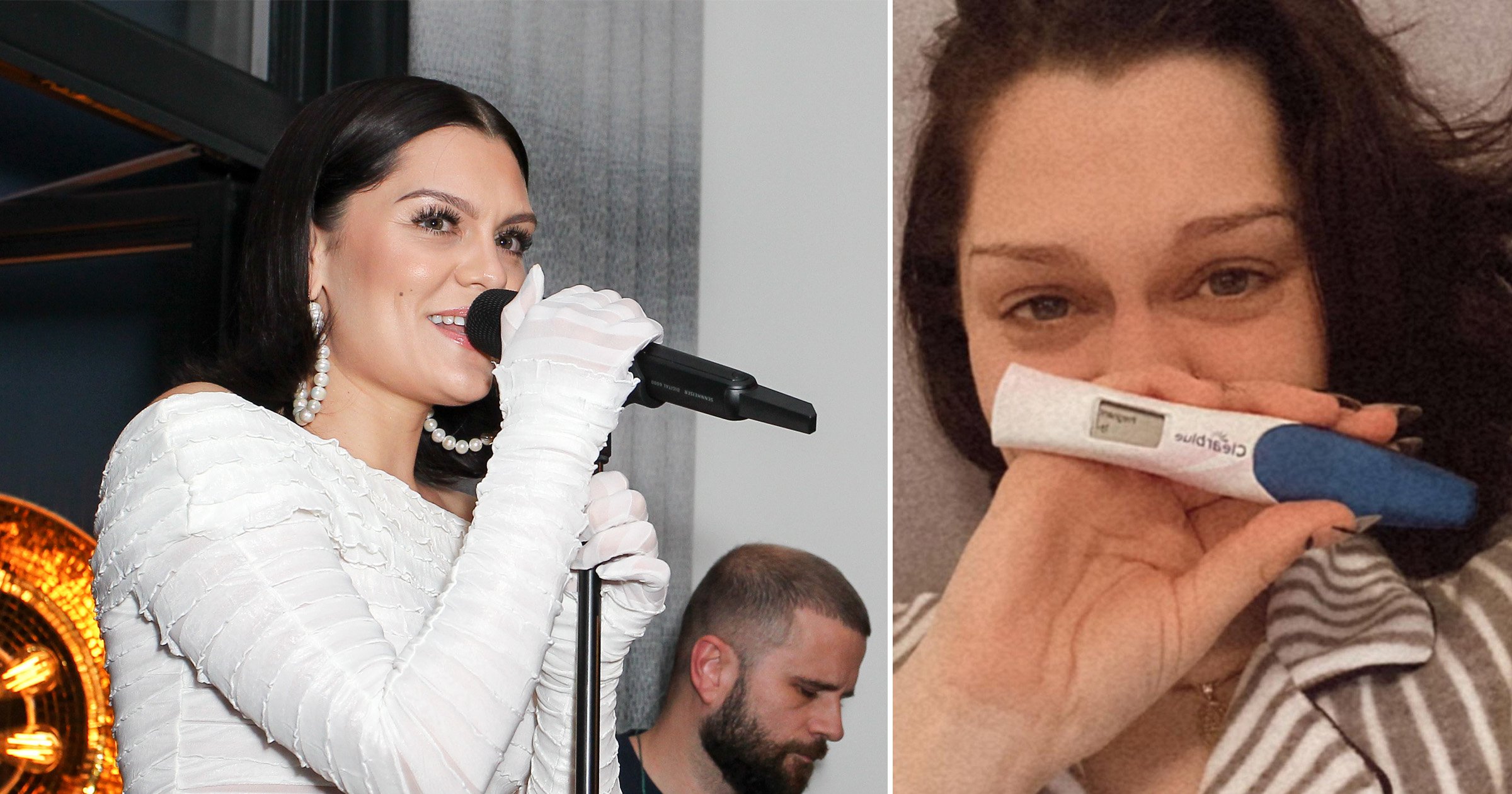 Jessie J admitted she’s suffered ‘the hardest year’ of her life as she performed a gig just hours after miscarrying a baby.

The Who You Are singer kept her pregnancy a secret but learned she had miscarried during her third scan on Tuesday.

After sharing the news in an Instagram post yesterday, Jessie, 33, went ahead with her scheduled acoustic concert at The Hotel Cafe in Los Angeles.

While on stage, the British star opened up about her ordeal and said in footage obtained by TMZ: ‘I decided to have a baby by myself and by a miracle it worked for a while…this year has been hands down the hardest year I’ve ever had to get through…

She added to the audience: ‘What I do know is that I want to sing tonight. Not because I’m avoiding the grief or the process, but because I know singing tonight will help me.’

Earlier that day, Jessie had posted a photo of her holding a pregnancy test and explained that she had decided to have the baby on her own.

‘Yesterday morning I was laughing with a friend saying “seriously though how am I going to get through my gig in LA tomorrow night without telling the whole audience I am pregnant”,’ she began.

‘After going for my 3rd scan and being told there was no longer a heartbeat 💔.

‘This morning. I feel like I have no control of my emotions. I may regret posting this. I may not. I actually don’t know.’

Jessie was told years ago that she’d struggle to conceive a child but she was always determined to become a mother.

She continued: ‘To get pregnant was a miracle in itself and an experience I will never forget and I know I will have again.

‘Im [sic] still in shock, the sadness is overwhelming. But I know I am strong, and I know I will be ok.

‘I also know millions of women all over the world have felt this pain and way worse. I feel connected to those of you I know and those of you I don’t.

‘It’s the loneliest feeling in the world.’

Jessie has been praised for her bravery in sharing her heartbreaking ordeal, with Paloma Faith recalling her own miscarriage and a charity applauding the singer for making others ‘feel less alone’.

For emotional support, you can contact Miscarriage Association’s pregnancy loss helpline on 01924 200799 or email [email protected]