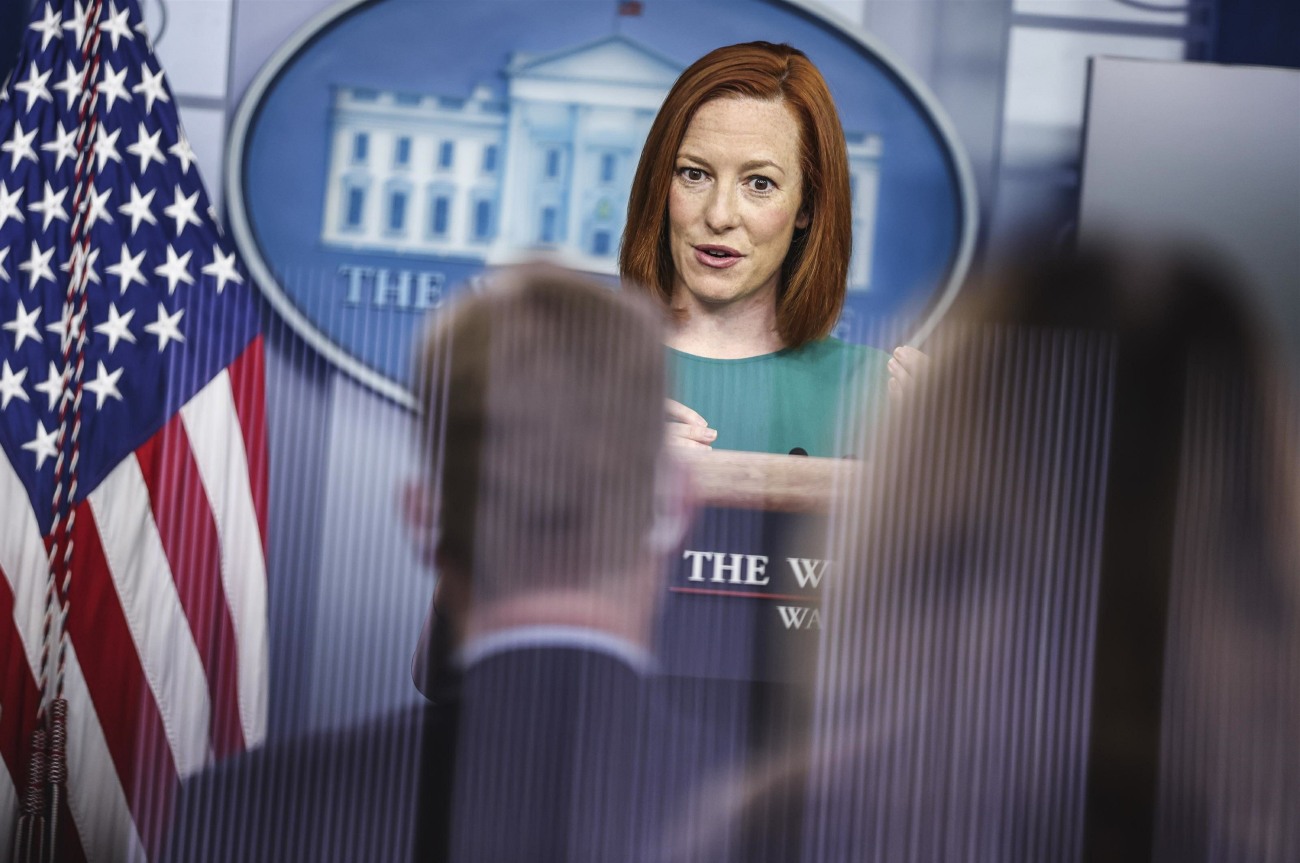 Last month, Georgia’s governor and legislature pushed through a massive voter-suppression omnibus bill. Georgia Republicans remain mad as hell that their state now has two Democratic senators, and that Joe Biden won the state by a narrow margin. Georgia Republicans want to ensure that Black folks are not allowed to vote freely in their state ever again, and the new voter-suppression laws represent some of the most historic voter disenfranchisement since the Jim Crow era. In the weeks that followed, corporations based in Georgia (like Coca-Cola) have faced public pressure to disavow the GOP’s now-codified racism. Major League Baseball was also under pressure to move their All-Star game out of Atlanta, which they did several days ago. The MLB All-Star game will now take place in Colorado. During yesterday’s press briefing with White House press secretary Jen Psaki, a Fox News douche tried to make “Colorado has bad laws” into a thing:

If you’ve yet to tune into the White House’s daily press briefings, something you may not know is that they regularly feature Fox News correspondent Peter Doocy asking inane questions that simply serve to further fact-free Republican talking points, or complaining of discrimination because the president didn’t call on him. On Tuesday, Doocy did get to pose a question to White House Press Secretary Jen Psaki, and he used his time to suggest that Major League Baseball shouldn‘t have moved the All-Star Game from Georgia in protest of the state’s new highly restrictive voting law, i.e. conservatives’ bad-faith argument du jour. And, as is typically the case of a Doocy-style inquiry, Psaki was having none of it.

“Is the White House concerned that Major League Baseball is moving their All-Star Game to Colorado where voting regulations are very similar to Georgia?” Doocy asked, a question predicated on bullsh-t. To which Psaki responded, rhetorically stuffing the Fox News correspondent in a locker: “Well, let me just refute the first point you made. First let me say on Colorado, Colorado allows you to you register on Election Day. Colorado has voting by mail where they send to 100% of people in the state who are eligible, applications to vote by mail; 94% of people in Colorado voted by mail in the 2020 election. They also allow for a range of materials to provide, even if they vote on Election Day, for the limited number of people who vote on Election Day.”

“I think it’s important to remember the context here: The Georgia legislation is built on a lie. There was no widespread fraud in the 2020 election. Georgia’s top Republican election officials have acknowledged that repeatedly in interviews. What there was, however, was record-setting turnout, especially by voters of color. Instead what we’re seeing here for politicians who didn’t like the outcome is they’re not changing their policies to win more votes, they’re changing the rules to exclude more voters, and we certainly see the circumstances as different. Ultimately, though, it’s up to Major League Baseball to determine where they’re holding their All-Star Game.”

As Daniel Dale (via VF) pointed out, Colorado actually has one of the better voting systems in the country, and the state has a really high voter-participation record. Colorado sends ballots to every registered voter, Colorado doesn’t require a photo-ID (any kind of identification will do) and Colorado has same-day voter registration on Election Day. And for people who do want to vote in person on Election Day, if those people are standing in line, you can hand out food and water to them, unlike Georgia. Georgia has none of those provisions because they want to make it harder for people to vote. It’s that simple. There was no voter fraud, there was only white aggrievement and racism. Oh, and when corporations – like MLB – make business decisions to NOT align themselves with racism and fascism, suddenly Republicans whine about “getting corporations out of politics,” which is… pretty rich.

PSAKI: Let me refute that. CO has same-day registration, universal mail voting… it's important to remember the context. The GA bill is built on a lie pic.twitter.com/TaDLU0mYNP 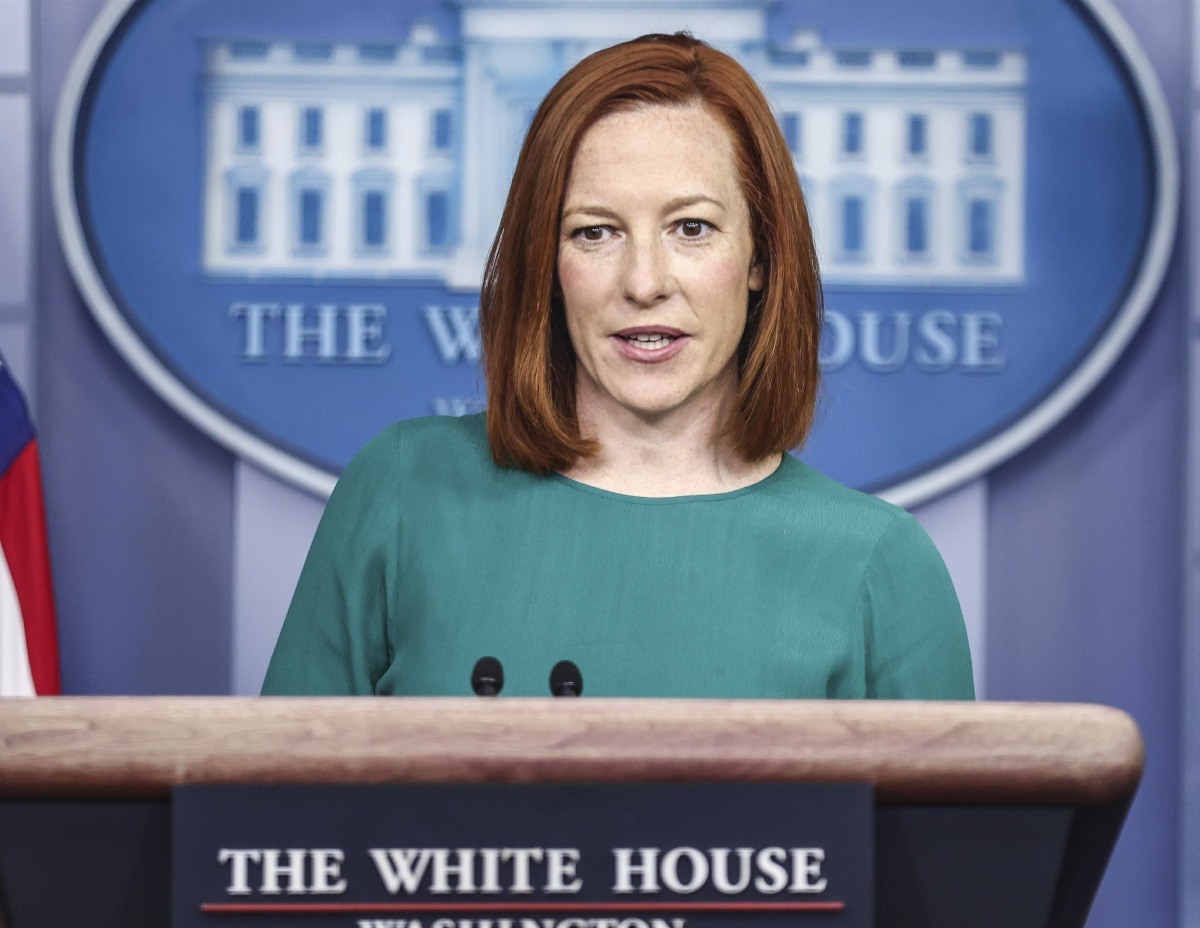