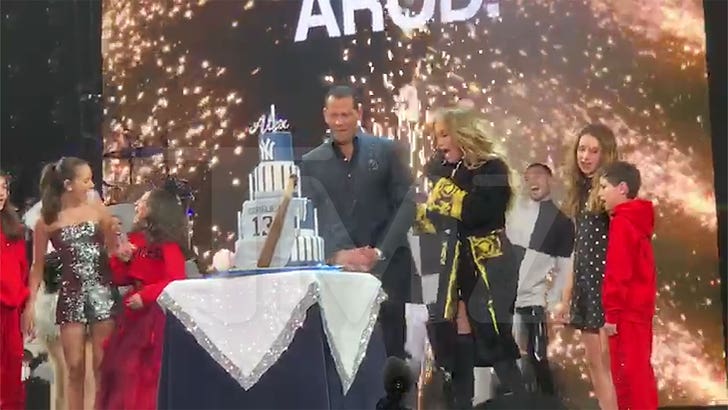 J Lo returned the favor to A-Rod Friday night, stopping her show in its tracks to wish her fiance a big, big HAPPY BIRTHDAY!!!

She was in Miami performing her “It’s My Party: The Live Celebration” tour at the American Airlines Arena when she put everything on pause, brought her kids, his kids on stage and then called A-Rod up.  As he stood next to a gigantic cake, she led the crowd into a rousing rendition of “Happy Birthday.” 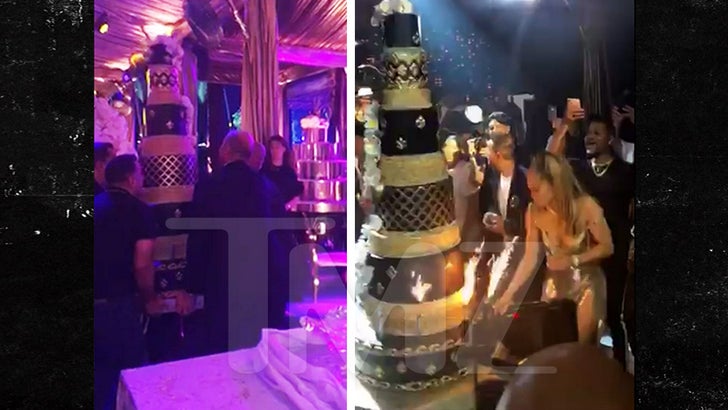 She professes her love for him and concedes, it been all about her this week.  JLo turned 50 July 24th and A-Rod threw an amazing party for her.  His birthday is the 27th, so she returned the favor Friday night.

BTW … A-Rod’s 4-tiered cake, which looked incredible, was from Divine Delicacies.  Alex’s name was created with swavorski crystals. It also had an edible baseball jersey, bat and ball. The whole thing costs around $3k.

As for the tour, it’s JLo’s second to last show in America.  She’ll be heading to Israel, Russia, Turkey, Spain, and Egypt.