I know it’s early, but the award for Least Subtle Diss Track of 2021 should go to Brighton Reinhardt, Cassie Randolph’s maybe-rumored boyfriend, for his new song "Creep." The track dropped on on Jan. 6 and is jam-packed with lyrics that appear to throw shade at Colton Underwood. Bachelor Nation fans on Reddit were quick to connect the dots between Randolph’s personal life and the "Creep" lyrics.

Remember, Underwood and Randolph split in May 2020, and in September of that year, she reportedly filed a restraining order against her ex. She alleged he stalked her and put a tracking device on her car; she later reportedly dropped the restraining order. (Elite Daily previously reached out to reps for Underwood and Randolph for comment on the allegations and did not hear back.)

Reinhardt’s new track references the alleged incident twice. The first verse includes the lines, "God, I hope you get your thinking right / GPS on the underside." Later, he sings, "I know you might think that she’s the one that got away / Put a tracker in her whip just to watch her pump the brakes."

The chorus is a taunting repetition, "You’re a creep / You can’t stop thinking about her." Subtle! You can listen below:

Underwood hasn’t commented publicly on the song (and he appears to currently be taking a break from Instagram). Randolph hasn’t weighed in, either.

While Reinhardt hasn’t publicly discussed his inspiration for the song, he did post an Instagram Story on Jan. 10 warning fans about the dangers of making assumptions. 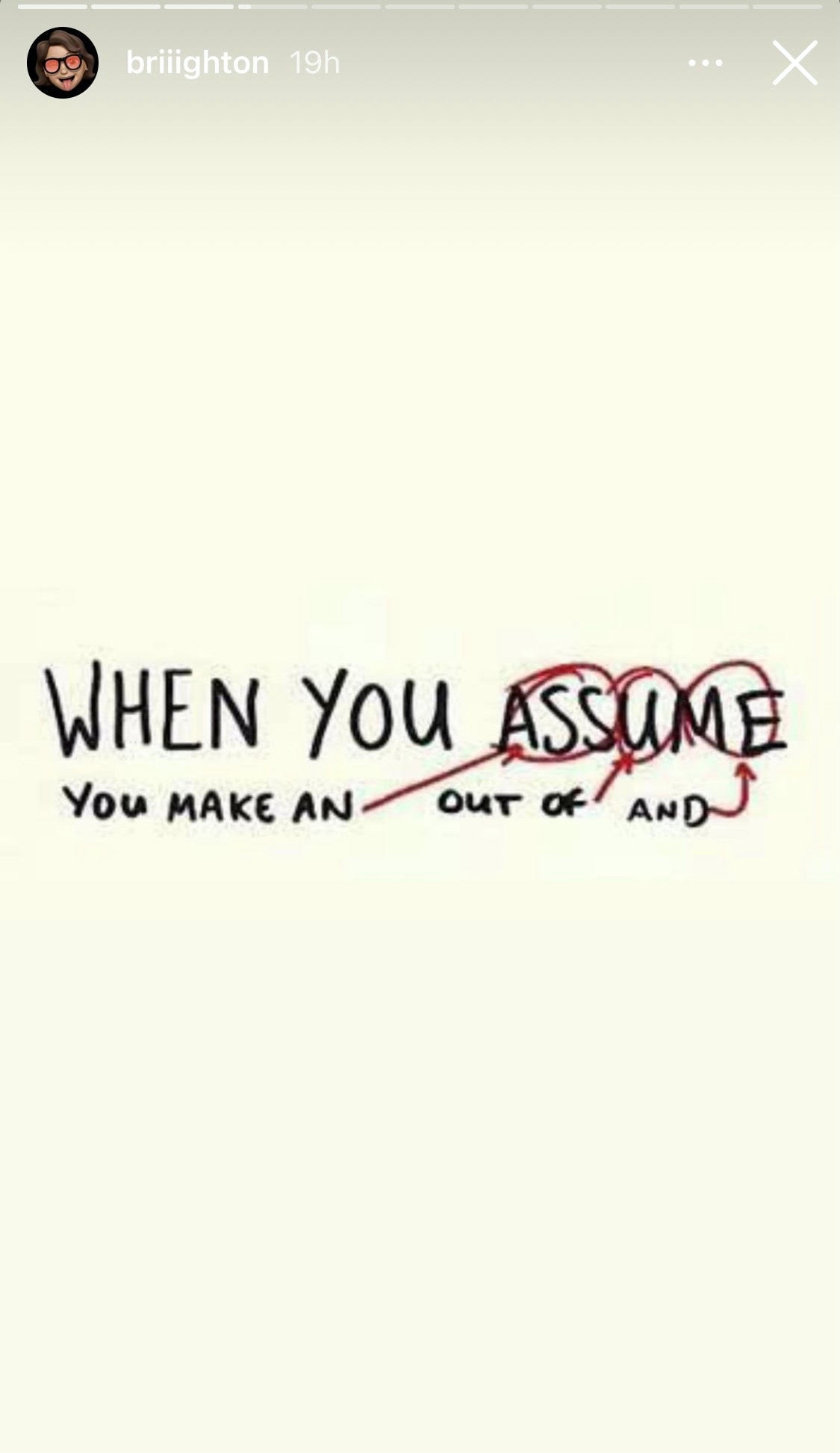 But here’s the real mystery: Are Reinhardt and Randolph even dating?

Back in August, he insisted they weren’t involved. “Cassie and I are just friends and have been for over four or so years,” the singer told Us Weekly on Aug. 27. “My brothers and I are all close with Cassie and her whole family.” While the singer and the reality star do follow each other and like each other’s photos, they haven’t posted any pictures together.

Whether they’re just friends or something more, let’s hope Randolph is OK with his decision to write a song that closely mirrors what may have been a pretty harrowing experience for her. Because if she’s not, well, there’s a word for that: Creep.

01/11/2021 Celebrities Comments Off on Is Brighton Reinhardt’s Song "Creep" About Colton Underwood & Cassie Randolph?
Recent Posts
We and our partners use cookies on this site to improve our service, perform analytics, personalize advertising, measure advertising performance, and remember website preferences.Ok