They’re one of Britain’s most famous couples, but things haven’t always been smooth sailing for the Beckhams.

To celebrate their 20th wedding anniversary, Daily Star Online has delved into the pair’s life together, and it’s a love story that started in the most adorable, modern century way.

David Beckham once revealed he became infatuated with Victoria Beckham when he saw her on the TV during her Spice Girls days.

The now-45 year old told how Victoria, 44, appeared on his screen wearing a PVC catsuit in the video for the band’s second single, You’ll Be There.

Meanwhile, Posh Spice discovered her future husband in a football sticker book while he was a striker for Manchester United.

“It was love at first sight”

The stickers inspired Victoria to dress up as a red devil, but the pair didn’t meet until 1997.

At a charity football match at Old Trafford, they laid eyes on each other in person for the first time, with Victoria describing it as “love at first sight”.

In an interview with Vogue, the fashion mogul recounted how David asked for her number, which she wrote on a plane ticket from London to Manchester – which he adorably has kept ever since.

Keen David even ran home to write the number down on a number of other bits of paper so he would have no chance of losing it. 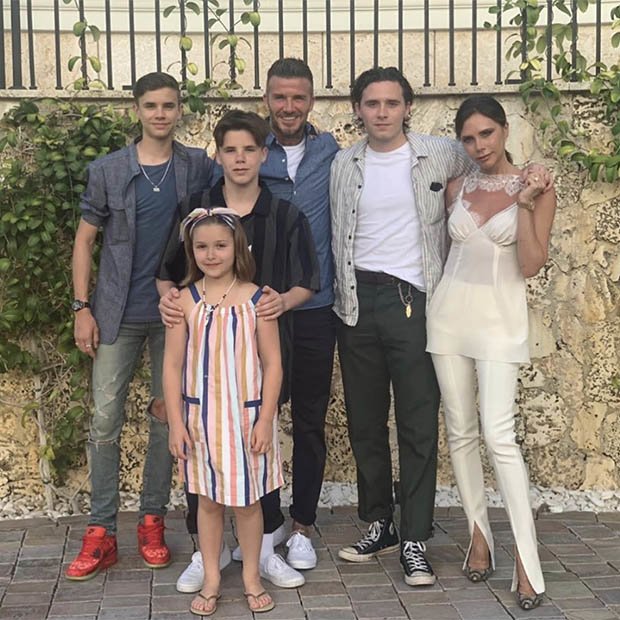 But it wasn’t the cleanest slate, as Victoria once confessed she was in a relationship with long-term boyfriend Stuart Bilton at the time, but still agreed to go on a date with David the next night.

The loved up pair hun out like a giddy pair of teenagers as they met in a car park in fear of fans or paparazzi spotting them.

Realising she was falling for David very quickly, Victoria broke things off with Stuart before their second date.

By 1998 they were engaged and before their big day they conceived their first child Brooklyn, but things weren’t perfect as infidelity allegations erupted.

After hearing the claims, Victoria admitted in her 2001 autobiography Learning To Fly that she made David bleed after she punched him in the mouth in anger. 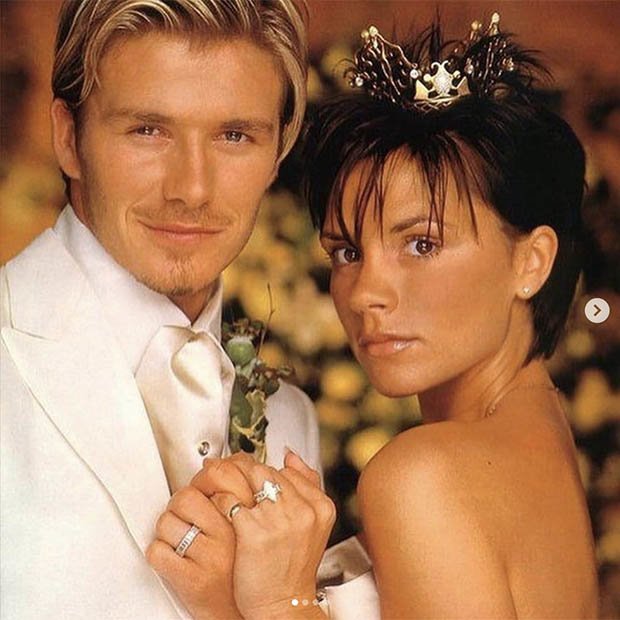 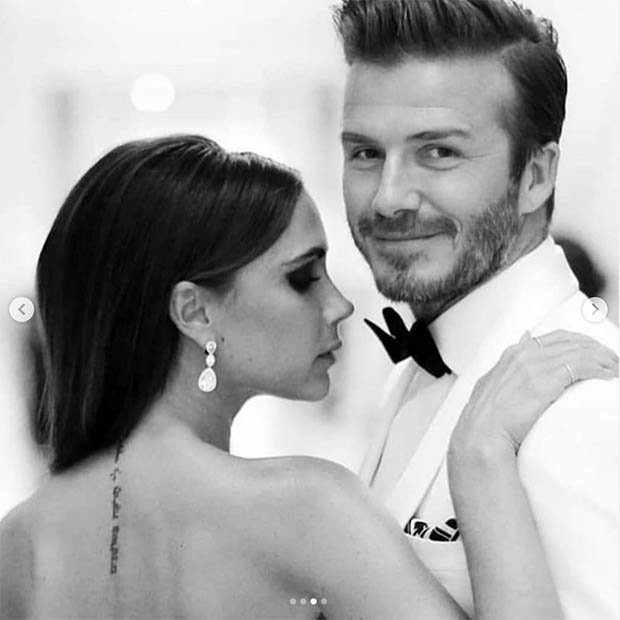 Luckily for the former England player, Victoria pushed the rumours to one side and the pair wed on July 4, 1998.

Two decades later, the pair are clearly still very much in love as they took to their separate official Instagram accounts wish each other a happy anniversary.

Sharing a throwback pic, Victoria wrote: “20 years today. I love you so much. Kisses David Beckham.”

Her husband also shared some old photos, followed by the caption: “WOW 20 years, look what we created. Love you so much, Victoria Beckham.”

Here’s to many more happy years for the Beckhams!