Following Prince Harry and Meghan Markle’s bombshell, tell-all interview with Oprah Winfrey, the Duke and Duchess of Sussex have made headlines almost every day. Not to mention that they also welcomed a baby girl, Lilibet Diana Mountbatten-Windsor, in June. So, what is causing the current media swirl now? Royal experts are chirping because it appears that Harry wants Queen Elizabeth to be present at his daughter’s christening at Windsor Castle. Sounds like a pretty normal request? Apparently, not when it comes to the queen.

So, why is this such a big deal for Harry to want his beloved grandmother to be in attendance? It’s typical that christenings and other religious moments are a time when family members happily get together. However, we are talking about the royals — and when it comes to how they operate as a family, well, it’s a bit of a different story. And according to royal biographers, Harry’s request for the Queen to be at Lilibet’s christening is apparently an “unreasonable” act by the royal.

Want to know why? We did some digging to learn why Harry’s desire for the queen to be at his daughter’s baptism is not ideal. Get the scoop below! 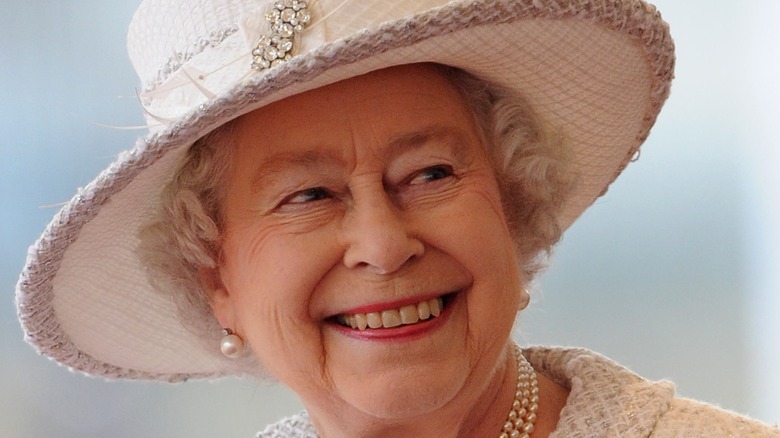 Per the Daily Mail, Prince Harry’s request to have Queen Elizabeth at Lilibet Diana’s christening is putting Her Majesty in a “difficult position.” Royal expert Angela Levin told TalkRadio TV (via the Daily Mail), that Harry’s wish for his grandmother to be there “puts her in a very difficult position because she can’t say that she is not free for years.” The expert added, “She didn’t go to Louis’, the third child of Prince William and Kate [Middleton]. So it’s not a spiteful thing.” Levin even went on to explain that, a lot of the time, the queen isn’t at these functions because “they’re not close enough to the Crown.” Lilibet is now eighth in line to the throne.

Another royal expert, Russell Myers, also weighed in on the situation, telling “Today” (via the Daily Mail) that it would be “definitely awkward” if the christening happened at Windsor Castle because “tensions are still running very high within the family.” He continued, “Meghan [Markle] isn’t flavor of the month with the family. Certainly, the [royals] have always said they will be much-loved members of the family.” But “we’re still talking about the fallout of the Oprah Winfrey interview,” he pointed out.

Despite these reservations, Harry is reportedly “happy to wait until circumstances allow” in order have all of his loved ones at his daughter’s christening. Until then, we’ll be waiting to hear what the queen actually has to say about the request. *sips tea*