This Morning presenter Holly Willoughby, 39, paid tribute to Sir Captain Sir Tom Moore this evening on her Instagram page. The mother-of-three shared a picture of the late army veteran alongside a caption with a broken heart emoji.

One user wrote: “Such a heartbreaking piece of news to hear. He lived a good life though 100 years old. May he be remembered! Rip.”

“Rest in peace, what a wonderful man you were, you will never be forgotten,” a second commented. 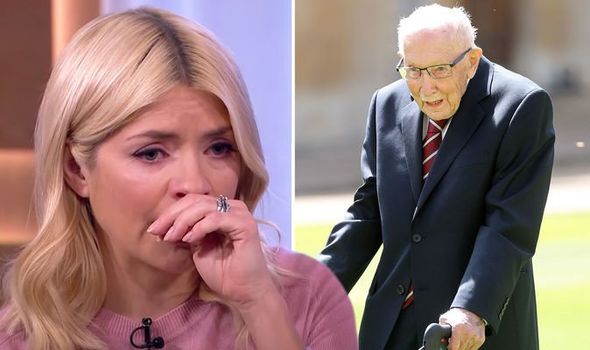 Earlier today, Holly and her co-star Phillip Schofield discussed the news Tom was in hospital battling coronavirus and pneumonia.

Phillip told viewers Sir Tom’s family had received abuse from trolls online after they visited him in hospital, while others have not been allowed to visit loved ones due to restrictions.

The pair asked Royal correspondent Camilla Tominey for her opinion on the matter.

She said: “One of the saddest parts of that 100,000 death toll was the number of people who did have to die alone. 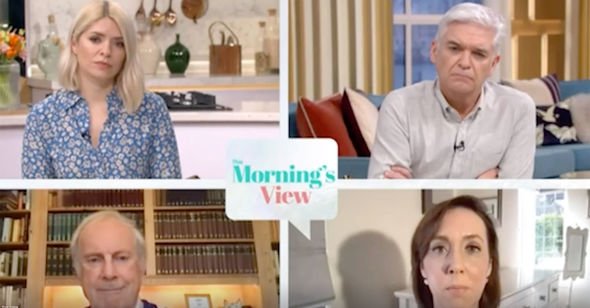 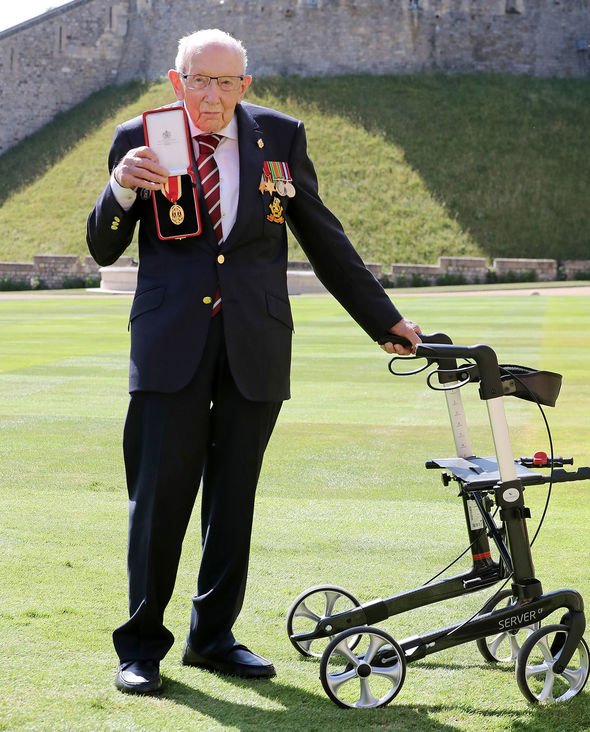 “Captain Tom Moore is 100 years old and is in an ordinary ward, not ICU, being treated up in Bedford.

Camilla went on to say it was up to the hospitals whether they allowed visitors.

“We shouldn’t be piling on a family for whom they are going through an enormous trauma now because someone who is 100 is suffering after testing positive.

“He hasn’t been able to have his vaccine because he’s had pneumonia, that’s an extra cause for concern.

“Frankly moving forward it is inhumane and immoral not to allow people to be with their loved ones in their hour of need in hospital.”

Agreeing, Holly added: “I think we can all agree.”

Phillip has also paid tribute to Sir Tom this evening.

He wrote on Instagram: “RIP Captain Sir Tom Moore. A remarkable man, an extraordinary life and a joyous inspiration.”

Sir Captain Tom Moore became a national hero last year after raising almost £33 million for the NHS by walking 100 laps of his garden before his 100th birthday.

Today, his family confirmed he had died, and they were with him at the time.

He had been treated for pneumonia over the past few weeks and tested positive for Covid-19 last week.

This Morning airs weekdays from 10am on ITV.