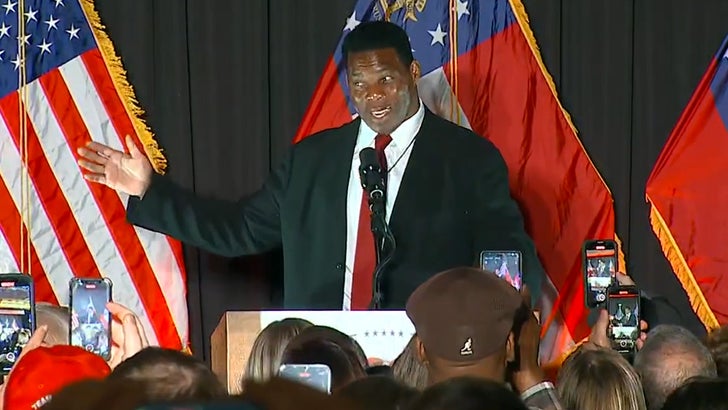 Herschel Walker sees his race for the U.S. Senate ending like a Talladega night — and it just might — but right now it’s way too close to tell who’s first or who’s last.

The ex-football great opted for a NASCAR metaphor late Tuesday night as election results were still trickling in … he told supporters in the critical Georgia race he’s feeling like Will Ferrell‘s character in ‘Talladega Nights’ — “I’m like Ricky Bobby. I don’t come to lose.”

As of Wednesday morning, though, Herschel and incumbent Sen. Raphael Warnock are in a virtual tie, with neither candidate holding 50 percent of the votes — and that would mean the race goes into overtime, if you will.

Walker had trailed for a majority of the evening, but as the night went on … he began to pull within a point or so of Warnock — and at varying moments, was even ahead for a bit.

He confidently said he’ll eventually be “the new Senator for the great state of Georgia” … but it hasn’t happened yet.

Nearly the entire state has reported their tallies, and election officials estimate this is going to slip into a run-off race on Dec. 6.

As Ricky Bobby will tell ya … “If you ain’t first, you’re last,” and right now Herschel and Sen. Warnock are headed for a restart. Shake and bake, baby!!!