Community ended in 2015, but according to series star Yvette Nicole Brown, the cast is still very close. And along with teasing the much-anticipated Community movie, Brown revealed what the crew chats about every day. 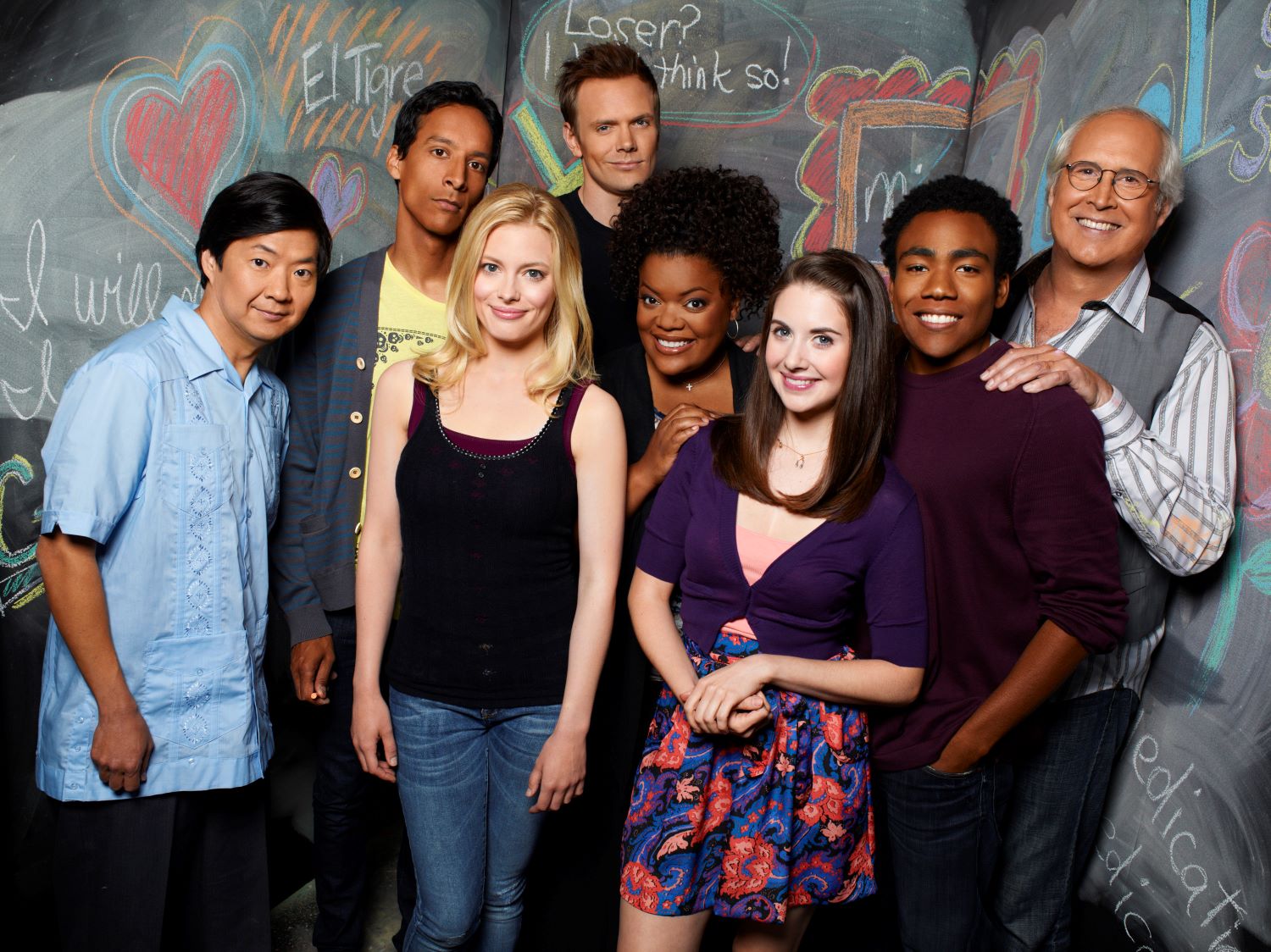 The cast of Community — Yvette Nicole Brown, Donald Glover, Joel McHale, Danny Pudi, Jim Rash, Ken Jeong, Alison Brie, Gillian Jacobs, and Chevy Chase — worked together for six seasons (Chase and Glover left in seasons 4 and 5). And most of them have remained good friends ever since.

Jeong and McHale are still besties and have appeared on several projects together, including The Masked Singer. The actors also have their own web series called The Darkest Podcast.

On social media, the cast still commemorates each other’s birthdays, individual accomplishments and revisits old memories from the show. According to Brown, that’s because they are still pretty tight. And they find time to talk every day.

“We have a reunion every morning,” Brown told Variety. “We have a group text that is popping. We joke and laugh with each other randomly. You never know who is going to start it — it may be a joke somebody has, or it may be some fan art somebody got — but we always check in with each other daily.

In May 2020, the Community cast reunited for a virtual table read of the season 5 episode, “Cooperative Polygraphy.” Afterward, they joined McHale and Jeong on the Darkest Timeline Podcast and discussed sharing funny videos in their group chat.

“There’s a group chat? I’m not in this group chat?” Glover asked after realizing he isn’t in it. “After this, I literally was going to be like ‘Yo, we should have a group chat.’”

The cast shared a few guilty smiles and laughs. But ultimately, Brown confessed that they just assumed Glover was too busy with his career to be bothered with it.

Luckily, Glover didn’t seem too offended by the omission. And after his insistence, the crew likely added him in.

In her chat with Variety, Brown also suggested that the highly-anticipated Community movie is on its way. “The movie, I think it’s coming,” she teased. “I don’t know when, [but] I know we all want to do it, and that’s half the battle.”

For fans, one of the biggest questions was whether or not Glover would return for the movie, given his busy career. But in a September 2020 appearance on The Tonight Show with Jimmy Fallon, McHale revealed Glover is already on board.

“There is a good chance, I think, because on the Zoom, everyone got asked, and Donald said he would do it,” McHale said. “And he’s the busiest man in show business. Then Dan’s gotta write it — If Dan writes it, it sounds like people will make themselves available.”