If you’re looking for a little bit of magic and a whole lot of nostalgia to bright up your 2021, you’re in luck. With Netflix’s release of Fate: The Winx Saga on Jan. 22, fans are remembering a simpler time when they watched the animated Winx characters have fun adventures. Whether you want to revisit a classic or you’re discovering the show’s full backstory for the first time, here’s how to stream the original Winx Club after you watch Fate: The Winx Saga.

The 2021 Netflix series follows a fairy named Bloom (Abigail Cowen), who recently discovered she has fire-wielding powers after a tragic accident. Desperate to learn how to control her abilities, she enrolls in the magical Alfea Academy in the Otherworld. It’s there that she meets her roommates/future besties: Stella (Hannah van der Westhuysen), Terra (Eliot Salt), Musa (Elisha Applebaum), and Aisha (Precious Mustapha).

If you already flew through the six-episode first season of Fate: The Winx Saga and you’re desperate for me, you’re in luck. ICYMI, Winx Saga is actually a live-action reimagining of Winx Club, an Italian animated series that ran for four years in the early 2000s. From there, it was picked up by Nickelodeon, where it had an eight-season stint starting in 2011, which is why so many of your friends are already familiar with this story. 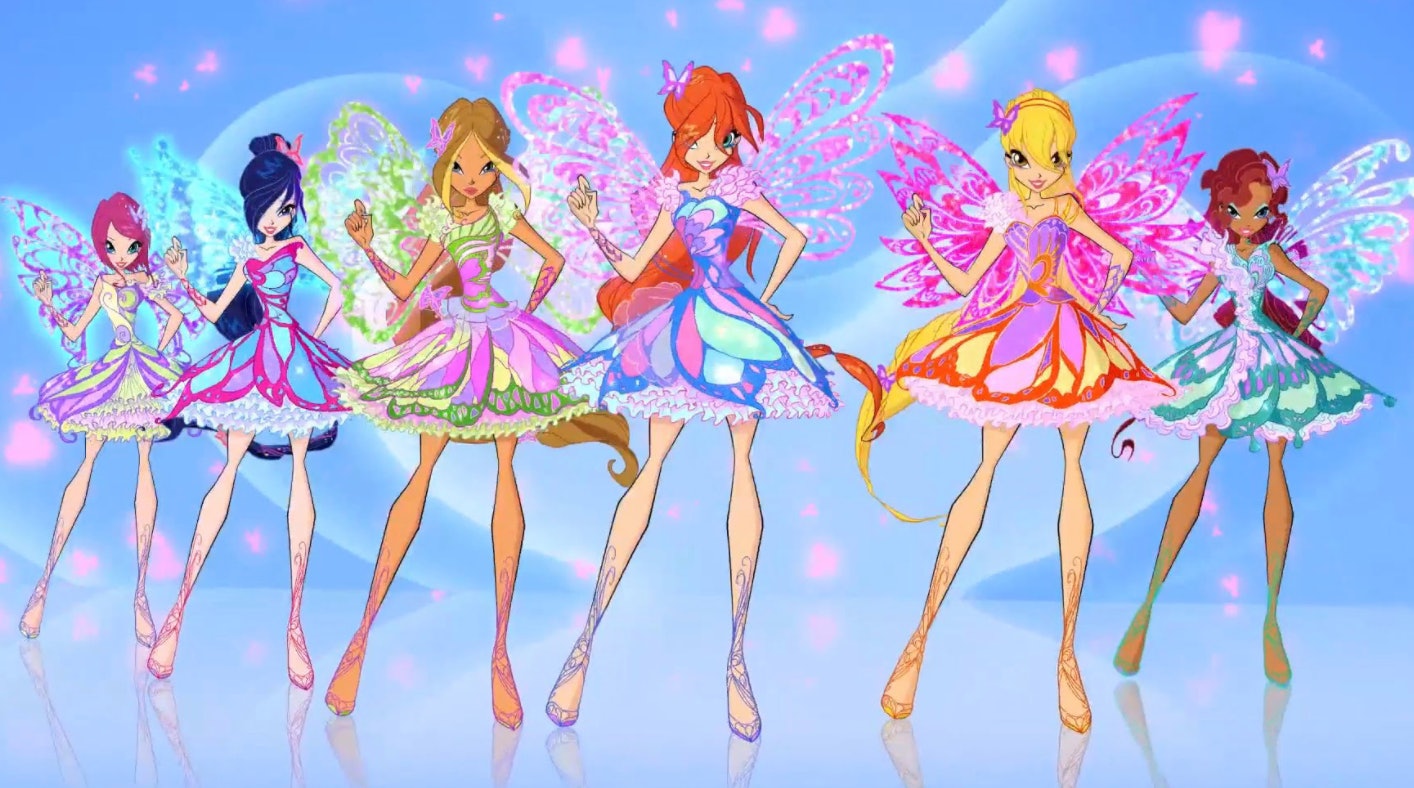 Watching the original series will make you feel all the nostalgia. It’s important to note, however, that since Fate: The Winx Saga was created by Brian Young (the same Brian Young who produced The Vampire Diaries), it’s a lot darker and more sultry than the original animated show. Still, Winx Club is definitely fun, especially if it’s a show you grew up with. Unfortunately, it’s not the easiest one to watch, streaming-wise.

While Netflix has Season 7 of Winx Club (and another two-season spin-off series called World of Winx), you’ll have to be crafty if you want to watch all eight seasons of the original series. Your best bet is through YouTube. You can search "Winx Club Season 1," "Winx Club Season 2," and so on for all of the seasons — or simply follow the links below to watch them in order:

Until Netflix reveals whether Fate: The Winx Saga will be renewed for a Season 2, there’s still plenty of Winx content to keep the magic alive.

Fate: The Winx Saga is streaming now on Netflix.

01/22/2021 Celebrities Comments Off on Here’s How To Stream The Original ‘Winx Club’ After ‘Fate: The Winx Saga’
Recent Posts