Gigi Hadid has been a fashion model for almost her entire life. Today, she is a globally-recognized model that has walked in all of the top fashion shows. Both Gigi’s mother and siblings are also recognized around the world. Her mother, Yolanda Hadid, was one of the stars on the popular hit reality show, Real Housewives of Beverly Hills. Her younger brother Anwar Hadid is a model. Her sister, Bella Hadid, is also a world-renowned fashion model who has been named Model of The Year.

Rather than riding on the coat heels of her famous family members, Gigi worked hard to catapult her career to unimaginable heights. And today, she is worth an estimated $19 million.

After working for many years in the fashion industry, Gigi has been working closely with top designers. Recently, Gigi has said that in addition to modeling, she would also like to one day try her hand at becoming a designer, but it is not clothing that she is interested in creating.

So, what is it that Gigi would like to design? Keep reading to find out. The answer may really surprise you.

When did Gigi Hadid start her modeling career? 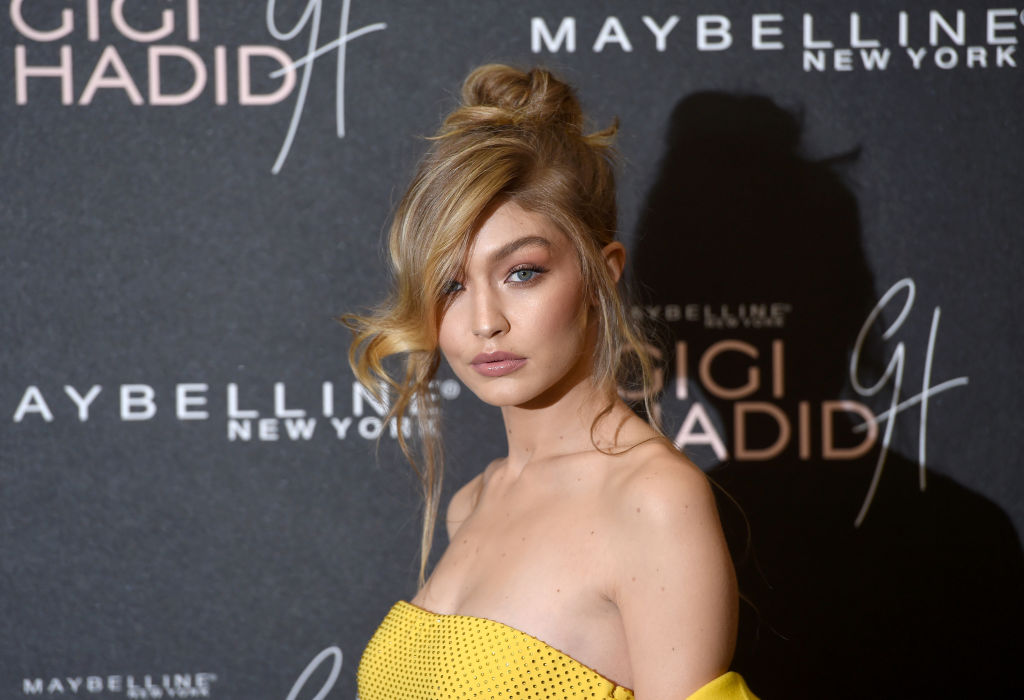 When Gigi was just two years old, she had landed her first modeling job with Baby Guess. She didn’t model for that long when she was young because her parents wanted her to focus more on school, but in 2011, she started working with Guess Jeans again and shot three different campaigns for the iconic clothing industry.

In 2013, Gigi moved to New York to pursue her modeling career. Her career really took off the next year when she walked in Desigual’s fashion show at New York Fashion Week. After that, she had landed several modeling jobs with high-end fashion designers and in 205, she became an ambassador for Maybelline. She also went on to become an ambassador for Tommy Hilfiger and Reebok.

In addition to modeling, Gigi has also made a few television appearances. She has appeared in several music videos with artists like Taylor Swift, Zayn Malik, and Cody Simpson. She had also directed Cake By the Ocean music video for DNCE.

She also has appeared in a few different reality shows. The first reality shows that she appeared on was Real Housewives of Beverly Hills, Lip Sync Battle, and has been a guest judge on Ru Paul’s popular reality show, Drag Race.

Gigi Hadid would like to one day be a designer

In an interview with Variety, Hadid had said that she has always been a creative person and she would love to one day move away from the modeling side of the industry, and instead, would like work on the creative side.

“I’ve been creative my whole life. Art has been in my life longer than fashion,” Hadid had said. She also added: “I’m only going to be modeling for so long, and I think I’ll end up somewhere in the creative part of the industry.”

What is the strangest thing that Gigi Hadid would like to design?

In the interview with Variety, Hadid admitted that if she could have her choice to design anything that she wanted, she would choose to design a theme park.

When asked why she would choose a theme park, Hadid responded by saying: “Yes, I love theme parks. When I was on the Tommy Hilfiger tour, we went almost to a theme park in every country. I love rollercoasters. I love Disney. I like when people create worlds.”

Hadid has already accomplished so many things in her short career. There is no doubt that she still has a very prosperous career ahead of her. And while we don’t know exactly what the future holds for the talented model, but we would not be surprised if we were to see a theme park named after and designed by her in the near future.

Related posts:
11/07/2019 Celebrities Comments Off on Gigi Hadid Shared the Strangest Thing She'd Like to Design and it's Wild
Recent Posts
We and our partners use cookies on this site to improve our service, perform analytics, personalize advertising, measure advertising performance, and remember website preferences.Ok