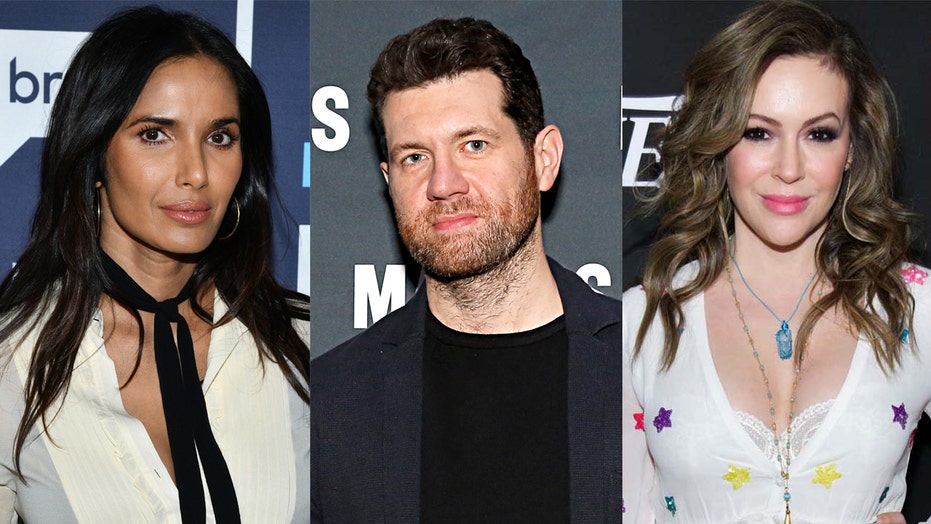 Even celebrities were on the edge of their seats early Wednesday, watching for results from the two U.S. Senate runoff elections in Georgia.

The races — which will determine which way the Senate tips in the new Congress — have proven to be extremely tight and have teetered back and forth as votes have rolled in.

Celebrities took to Twitter on Tuesday night and into Wednesday morning to express their feelings on the nail-biter races.

"What's the mood tonight?" she wrote alongside it. "I'm here."

In response to a tweet about the military and overseas ballots postmarked by Tuesday being counted until Friday, Alyssa Milano Tweeted: "#CountEveryVote because #EveryVoteCounts!!"

"I’ll pray it with you, too. Senate Minority Leader Mitch McConnell," she said.

"Hopefully Georgia doesn’t shut down counting at 3AM again," wrote singer Joy Villa, referencing the long counting process that took place in the state during the Nov. 3 presidential election.

"JON OSSOFF is down by 456 votes with plenty more votes outstanding in Fulton, Dekalb, democratic strongholds, and Cobb," Debra Messing told her followers.

In the races, Republican Senators David Perdue and Kelly Loeffler faced Democrats Jon Ossoff and Raphael Warnock, respectively. Republicans currently hold control in the Senate, but should the incumbents lose their seats, control would tip the other way.

The runoffs drew more attention after Georgia voters went for Joe Biden in the presidential election.

01/06/2021 Celebrities Comments Off on Georgia runoffs prompt celebrity reactions as votes are counted
Recent Posts
We and our partners use cookies on this site to improve our service, perform analytics, personalize advertising, measure advertising performance, and remember website preferences.Ok