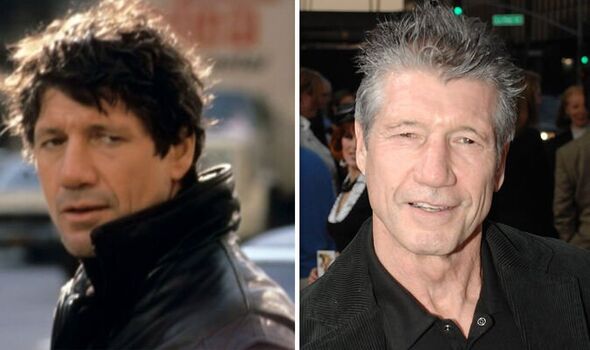 Fred Ward, who starred in productions including The Right Stuff and Escape from Alcatraz, has died aged 79. The Golden Globe-winner passed away on Sunday, 8 May and was described as “one of the greats”.

Fred’s death was confirmed to The New York Post in a statement from his family.

The Californian appeared in films including Southern Comfort, Remo Williams: The Adventure Begins, Tremors and Tremors 2: Aftershocks, Henry & June, The Player, Swing Shift and Short Cuts – the latter of which won the Special Ensemble Cast Golden Globe in 1993.

His acting career began in 1973, when he starred in an Italian television film while living in Rome, but before that he served in the US Air Force for three years.

Fred’s first role in an American film was as a cowboy in Hearts of the West (1975).

After roles in Swing Shift (1984) and Secret Admirer (1985) he played the title hero in the action movie Remo Williams: The Adventure Begins, performing all his own stunts.

In 1988, he played the father of Keanu Reeves’ character in The Prince of Pennsylvania, and in 2002, starred in Sweet Home Alabama, Enough and Abandon.

Fred earnt a starring role in Birdseye and signed in for the TV pilot for the drama Georgetown with Helen Mirren, but the series was never made.

After roles in The Last Ride, 10.5 and Coast to Coast in 2004, Fred took a short break from acting before returning as a guest in Grey’s Anatomy and ER in 2006 and 2007 respectively.

His first marriage, to Carla Evonne Stewart in 1965, ended in divorce the following year, and his second marriage was to Silvia Ward, with whom he had a son, Django, before their split.

Fred married Marie-France Boisselle in 1995 and she filed for divorce in August 2013, but the couple reconciled later that year.

Fans have begun to pay tribute on Twitter, with Will Menaker writing: “Another all time great leaves us.

“RIP Fred Ward. Tremors, The Right Stuff, Short Cuts, Miami Blues… His gruff, down to earth tough guy persona, so many great films, I always adored seeing him in anything.”

Jonh Squires penned: “Impossible to watch Tremors and not instantly fall in love with both Val & Earl.

“Fred Ward was such a pivotal aspect to the success of those first two movies, and I always held out hope that he’d be back to battle Graboids one more time. It’s just not fully Tremors without him”.