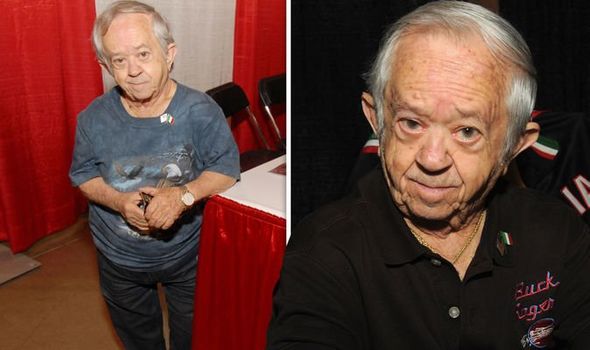 Actor and stuntman Felix Silla has sadly died at the age of 84.

The star, who played Cousin Itt on the original 1960s TV version of The Addams Family, died yesterday in Las Vegas.

Felix had been battling pancreatic cancer before his death, according to TMZ.

Gil Gerard, who acted alongside him on TV show Buck Rogers In The 25th Century, confirmed the heartbreaking news.

The US media outlet claimed Gil said he was sad to see his friend lose his cancer battle, but that he’s also glad Felix is no longer suffering from the disease.

Gil wrote on Twitter: “Felix died just a few hours ago and the only good I can draw from his passing is that he didn’t suffer any longer.

“I will miss him terribly, especially the great time we had at our panels. Just him telling me to , ‘go ‘ f ‘ myself’.”

Felix’s character Cousin Itt was known by fans of The Addams Family for being completely covered in hair with only a pair of feet showing and speaking in mumbles.