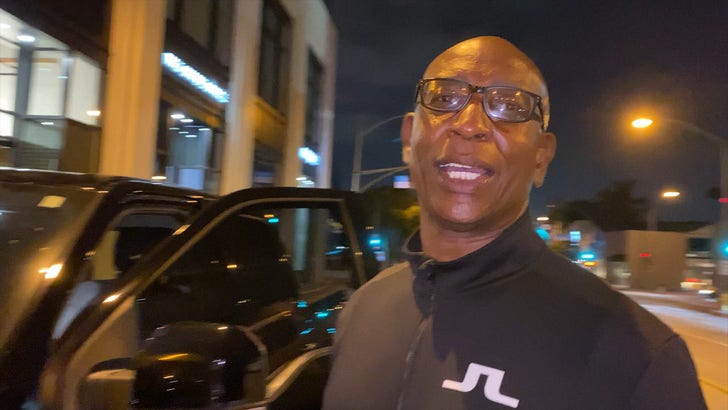 Eric Dickerson is straight-up PISSED Tim Tebow is getting an NFL job before Colin Kaepernick … calling the whole situation “bulls***.”

The Hall of Fame running back was asked about it all outside of Catch in L.A. on Tuesday night … and he didn’t mince words when expressing his dismay for it.

While the Jaguars have not officially signed Tebow (who’s now a tight end) … a one-year contract is expected to come for the former Heisman Trophy winner despite him not playing in a regular-season game since 2012.

The impending move clearly bothers Dickerson … because even though the Jaguars have had plenty of quarterback and roster troubles over the last few years — they never signed Kaepernick, but seem to have no issues signing Tebow now.

“That’s bulls***,” Dickerson repeated for a third time. “That’s how the NFL is. You know, it’s different for us. I’ll say that.”

ED says he believes the whole thing boils down to race … adding, “Of course [Kaepernick] is getting punished. He’s black.”

“It’s a different league for us. It’s the truth and we know it. And I hate that because it’s wrong.”

Kaepernick has not played in a regular-season NFL game since the 2016 season … but has insisted he’s in shape and ready to go if and when a team finally calls.