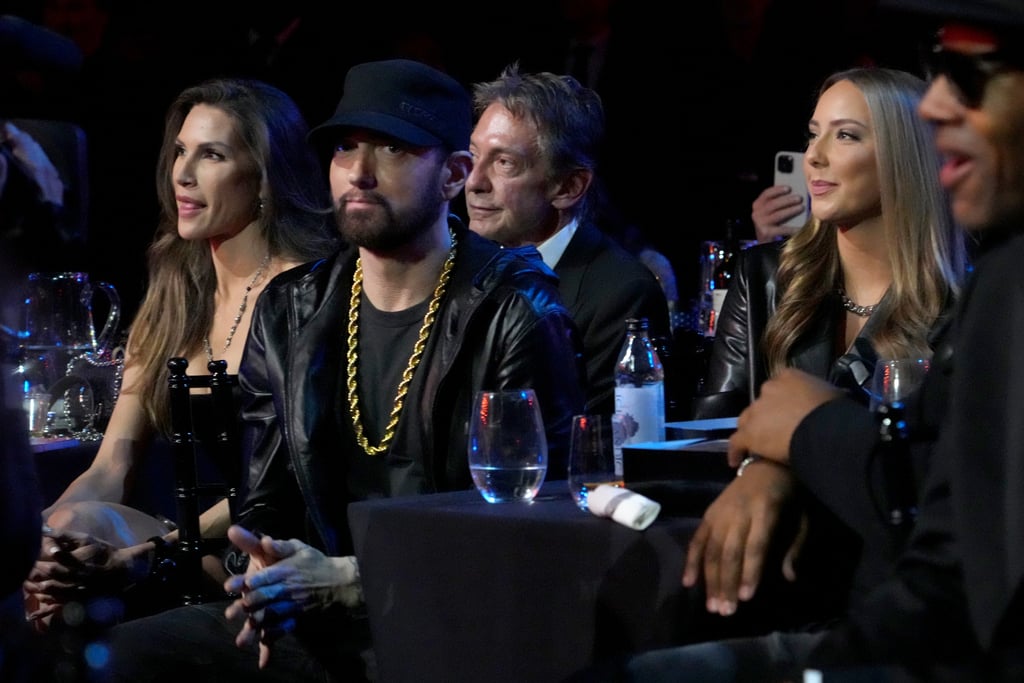 Eminem had the support of his 26-year-old daughter, Hailie Jade, when he was inducted into the Rock & Roll Hall of Fame in Los Angeles on Nov. 5. While the father-daughter duo skipped the red carpet, they were photographed sitting together inside wearing matching black leather outfits. The 50-year-old rapper was honored alongside a handful of other performers including Duran Duran, Dolly Parton, and Lionel Richie, who is set to receive the icon award at this year’s American Music Awards.

Per Billboard, Eminem was introduced by his longtime friend and collaborator, Dr. Dre. “I knew that his gifts were undeniable,” Dr. Dre said of Eminem while recalling how people initally tried to discourage him from working with the rapper when they first met. “Each of us was what the other one needed — and I was willing to bet my entire career on it.”

In addition to his acceptance speech, Eminem also performed some of his greatest hits, including “My Name Is,” “Forever,” and “Not Afraid,” and brought out special guests Ed Sheeran and Steven Tyler. “I’m not supposed to be here tonight,” he told the crowd after his performance. “One, I’m a rapper; two, I almost died from an overdose; and three, I really had to fight my way through . . . I’m a high school drop-out with a hip-hop education.”

Back in 2020, Eminem celebrated 12 years of sobriety by sharing an incredibly moving post on Instagram. “Clean dozen, in the books! I’m not afraid,” he wrote alongside a photo of his Alcoholics Anonymous coin. The coin, which is often used to mark sober anniversaries, is engraved with the words “unity,” “strength,” and “recovery,” and the phrase “To thine own self be true.”

See more photos of Eminem and Hailie at the 2022 Rock & Roll Hall of Fame ceremony ahead.