They are the top restaurateurs whose fashionable dining rooms such as The Wolseley, Colbert and The Delaunay attract the rich and famous.

But Chris Corbin and Jeremy King have been hit just as badly by the pandemic as less starry venues.

And now, I can reveal, the pair are heading for a £1 million High Court showdown with one of their landlords, STJ Investments.

It’s a Jersey-based company believed to be controlled by Vladimir Zemtsov, a secretive Russian-born oligarch who has Belgian citizenship but big property investments in London.

Corbin & King Restaurant Group, which was forced to close their venues for much of the pandemic, owes more than £300,000 in rent for the Wolseley’s first-floor premises in Piccadilly, London, while the Wolseley Restaurant Property owes almost £1 million in unpaid rent, it is claimed. 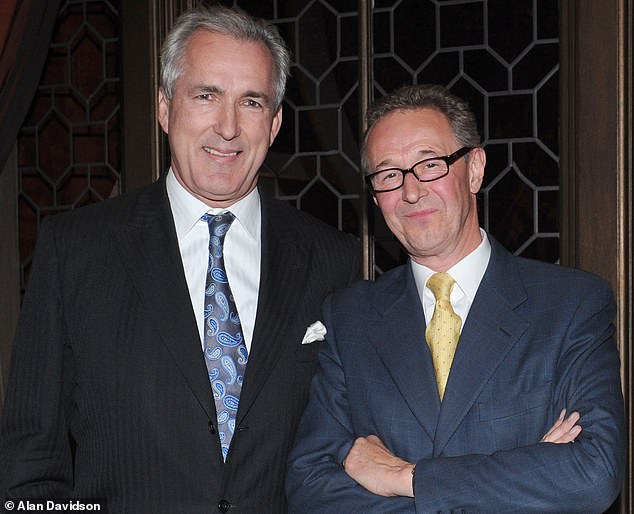 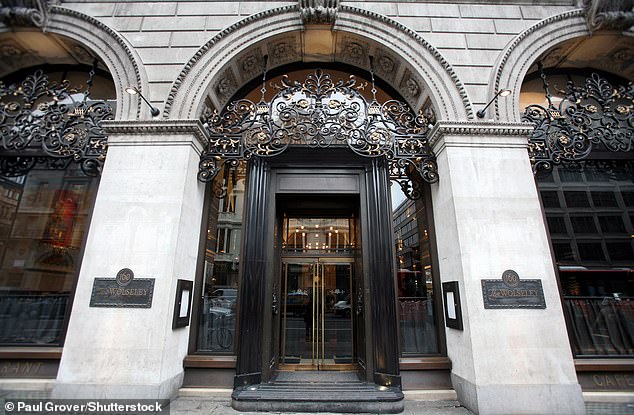 The pair are heading for a £1 million High Court showdown with one of their landlords, STJ Investments

It’s a bitter blow for Corbin and King, who met in the 1970s when they worked at Langan’s Brasserie and Joe Allen’s respectively.

They bought Le Caprice and turned it into a star-studded hangout where Princess Diana was a regular.

They then opened showbusiness haunt The Ivy, before working their magic on fish restaurant J Sheekey.

Their restaurants became known for the three ‘C’s: cuisine, celebrity and chic.

Late artist Lucian Freud was a regular and he persuaded King to sit for a portrait.

‘It’s very sad it’s got to this point,’ one of the pair’s friends tells me.

‘Their six other landlords across London were all happy to agree concessions to help the business stay afloat, and keep staff paid, during the crisis.’

King tells me: ‘It is so disappointing that this particular landlord has unnecessarily chosen to go down this route, but I am confident the matter will be resolved quickly and fairly with the support of our insurers.’

Mogg joins battle to save Churchill from ‘wokery’

Leader of the House of Commons Jacob Rees-Mogg has come up with a radical way to defeat those hoping to change the name of Churchill College, Cambridge.

Yesterday, I disclosed that ‘serious plans’ were being considered to ditch Churchill, who was condemned by some ‘woke’ radicals as a ‘white supremacist’.

Rees-Mogg booms: ‘We must not allow this wokeness to happen. The idea of changing Churchill College!

‘Perhaps we should introduce a Bill to rename Cambridge as Churchill and call it Churchill University. That would be one in the eye for the Lefties.’

Sienna and her sister are the Next big thing

Hollywood star Sienna Miller had designs on being a fashion figure, but her efforts fell flat when the Twenty8Twelve label she launched with her sister, Savannah, collapsed nine years ago. 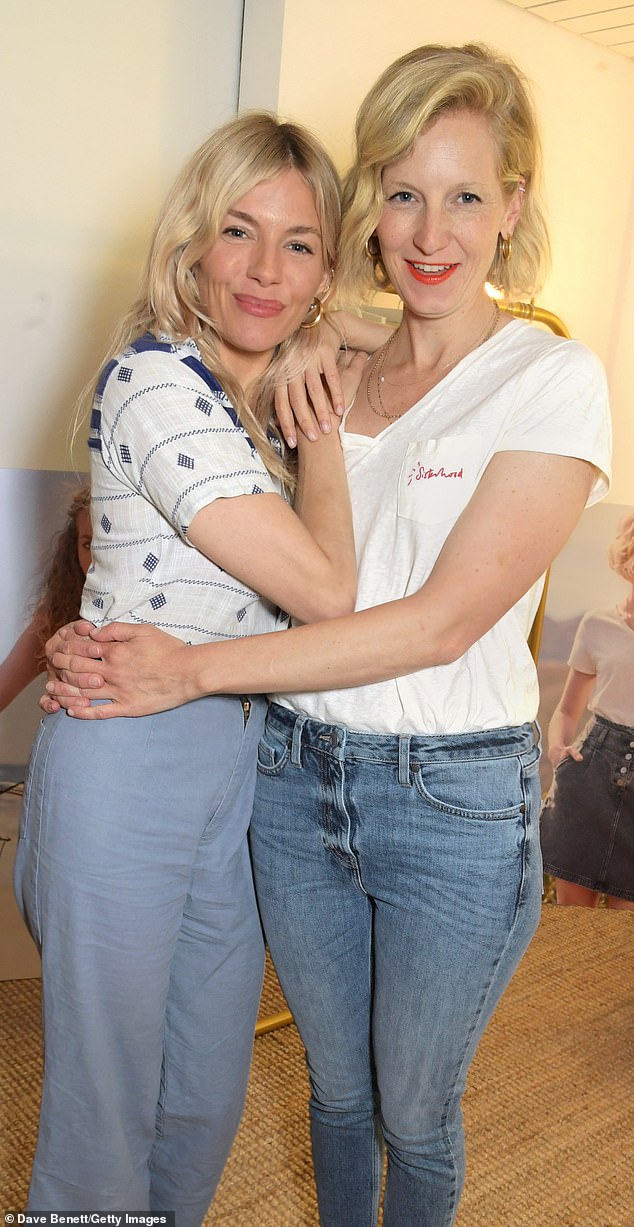 Hollywood star Sienna Miller had designs on being a fashion figure, but her efforts fell flat when the Twenty8Twelve label she launched with her sister, Savannah, collapsed nine years ago

She joined Savannah, 42, in London yesterday for the launch of her first fashion line for High Street giant Next.

‘There is no rivalry between us at all,’ Savannah insists.

‘We are incredibly close. We are partners in crime.’

Both women wore tops from the new line, with Savannah pointedly wearing one with a pocket that had the word ‘sisterhood’ written across it.

Isn’t it delightful when actors are honest about their roles?

‘I’ve never understood any of the Thor films,’ he says.

‘In fact, the whole Marvel universe is a complete mystery to me.’

Northern Ireland-born Neill, 73, adds: ‘I was standing beside [co-star] Jenny Morris and I said: “Do you know what planet we’re on?” I was completely baffled.’

Bunter basks in his new title as a grandpa

Having settled into 17th-century Badminton House after inheriting the Duke of Beaufort title, rocker Harry ‘Bunter’ Worcester is adjusting to another big role: being a grandpa.

His son and heir, Bobby, Marquess of Worcester, 32, and wife Lucy Yorke-Long, 34, are celebrating the birth of their first child. 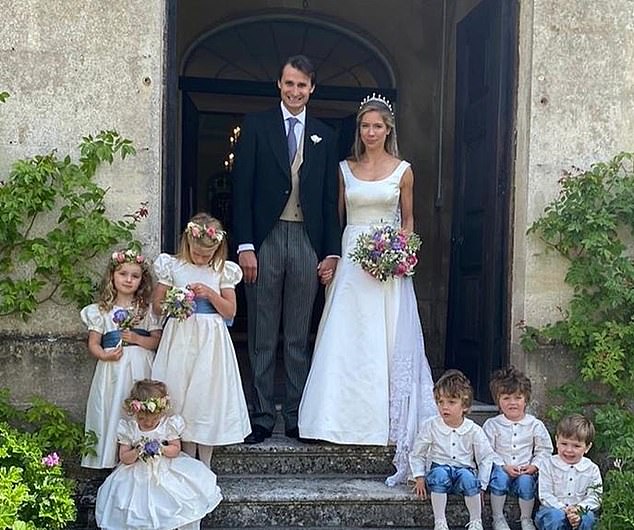 Bobby, Marquess of Worcester, 32, and wife Lucy Yorke-Long, 34, are celebrating the birth of their first child 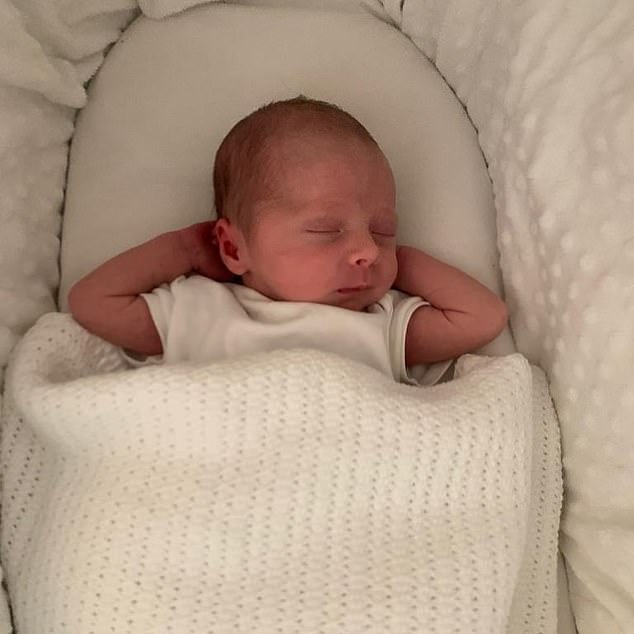 He’s a boy, named Henry, so will eventually inherit the 52,000-acre Gloucestershire estate and the family’s estimated £315 million fortune.

‘I am absolutely delighted,’ Bunter, 69, tells me.

‘It is with great pride that I have become a grandfather for the first time.’

Not a lot of people know that… but Sir Michael Caine is struggling to sell his sprawling Surrey mansion.

The property, which the double Oscar winner bought for £1 million 22 years ago, has an indoor swimming pool, hot tub, leisure complex and gym, as well as a cinema.

His failure to sell is surprising as there’s been a boom in demand for country homes during the pandemic.

David Cameron’s desperate attempts to make a fortune since resigning as PM have landed him in hot water, but his colourful brother-in-law has revealed that he quit his own job because he detested ‘making rich people richer’.

Samantha Cameron’s half-brother, Robert Sheffield, who was a director at Christie’s auction house, declares: ‘I felt we were not really supporting our generation or the cultural voice of our time. 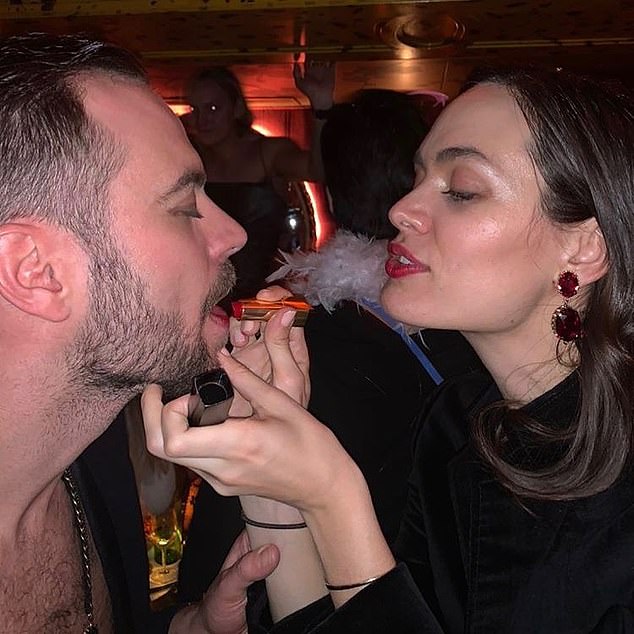 ‘I felt I was just making rich people richer. I felt pretty bankrupt emotionally and spiritually.’

Happily, he had a comfy inheritance to fall back on: he and his model girlfriend, Ellen Gibbons, now run the glorious Sutton Park estate in Yorkshire of his baronet father, Sir Reginald Sheffield.

But the reason she keeps walking past people is because of her failing eyesight.

‘I cut people dead all the time because I can’t see them,’ admits the Oscar winner, 86, who suffers from macular degeneration.

‘I don’t know who it is — and that, for me, is terribly distressing because I can walk past someone I know very well.’