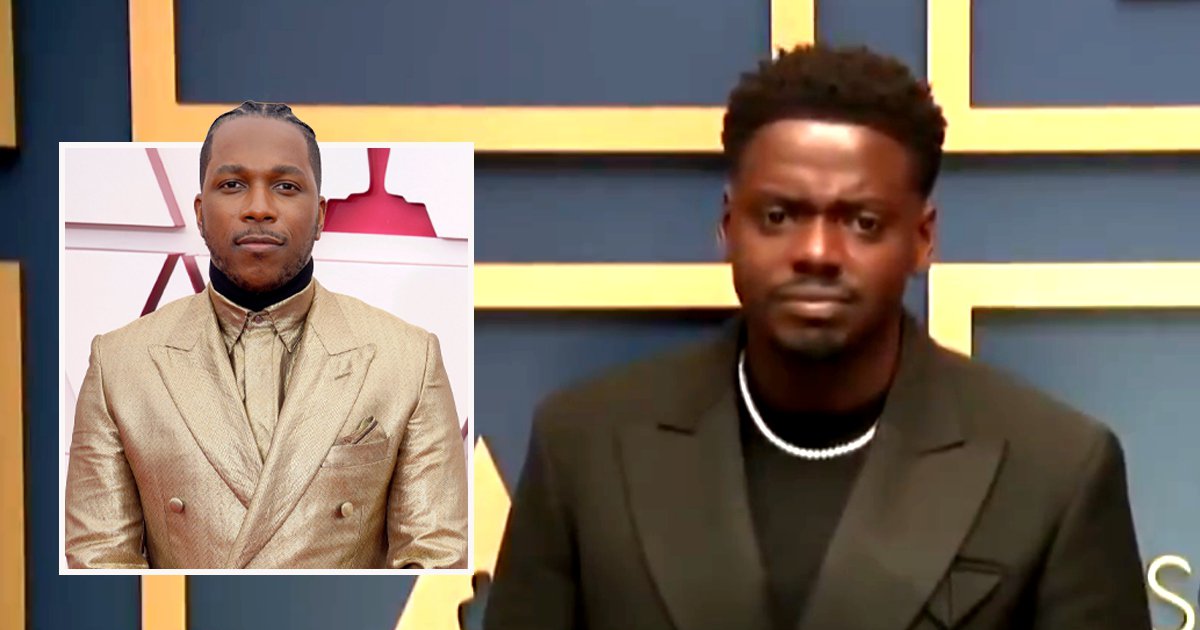 Oscars 2021 winner Daniel Kaluuya was mistaken for Leslie Odom Jr as he was interviewed by a journalist in the winner’s room last night.

The 32-year-old star took home an Academy Award for best supporting actor in an evening full of history-making wins, a for his role of American activist Fred Hampton in Judas And The Black Messiah.

After risking the wrath of his mum with a risqué nod to his parents having sex in his acceptance speech, Daniel answered questions from the press where one reporter accidentally confused him for Leslie, who was nominated for the award for his performance as Sam Cooke in One Night In Miami…

The uneasy error was captured on film and has since been shared widely on social media.

‘I want to congratulate you on this, I’ve been following you since the beginning of your career,’ the journalist, who claimed they were working on behalf of the Sunday Times started, before going on to ask about working with One Night In Miami… director Regina King.

‘I was wondering what it meant to you to be directed by Regina [King], what this means for you at this time with the world in the state that it’s in?’

Echoing a similar sentiment, another added: ‘So glad that Daniel Kaluuya’s three long months of having to answer dogsh*t, woefully ill-informed and vague questions in virtual awards show press rooms are finally over.

‘This, from a British broadsheet last night, even gets him mixed up with Leslie Odom Jr. Toe-curling x1000.’

Best original song: Fight For You (Judas And The Black Messiah)

Best international feature: Another Round (Denmark)

Best animated short: If Anything Happens I Love You

Daniel became the first black Briton to receive the best supporting actor award, and was the latest marker of a meteoric rise since his breakthrough in the UK TV series Skins.

He starred alongside Lakeith Stanfield in Judas And The Black Messiah, who was also nominated in the supporting actor category.

Daniel’s character Fred was shot and killed by police during an apartment raid in 1969 when he was 21.

He has said the role was ‘humbling’, adding: ‘When I really took in the scope of his ideas, his concepts, his beliefs, his love for the people, I felt honoured to step into, to spiritually, step into this position for this narrative and to be a part of continuing the legacy in my medium.’

Got a showbiz story?