Three days after Dale Moss confirmed his breakup from Clare Crawley, ‘The Bachelorette’ star released her own statement and admitted she was blindsided by Dale’s message.

Clare Crawley has released her first statement since splitting from Dale Moss. Her post came on Jan. 21, three days after Dale confirmed the breakup himself. “I was made aware of a ‘mutual’ statement at the same time you all were, so I’ve needed some time to really digest this,” Clare wrote, explaining why she took so long to share her thoughts on the relationship.

“Speaking for myself, my intentions with this relationship have always been very clear, so the truth is, I am crushed,” she continued. “This was not what Ie expected or hoped for and I am still trying to process this. 2020 was one hell of a year, with COVID, balancing a new public relationship, all while slowly losing my mother. It hasn’t been ideal circumstances, but that is life right? I have been looking forward to the light at the end of the tunnel. Our relationship was not perfect, but I can say that I was genuinely invested with all of my heart. I may not have all the answers, but I do know this — I will continue to show up, stand by my word and be committed to love.”

Clare and Dale met on season 16 of The Bachelorette, which filmed during summer 2020 following coronavirus production delays. The moment Dale stepped out of the limo, Clare declared that he was going to be her “husband.” In fact, she was so invested in Dale that she decided to end her journey on the show after just two weeks to pursue a relationship with him. Dale was on-board and proposed to Clare, so they left the show as an engaged couple. 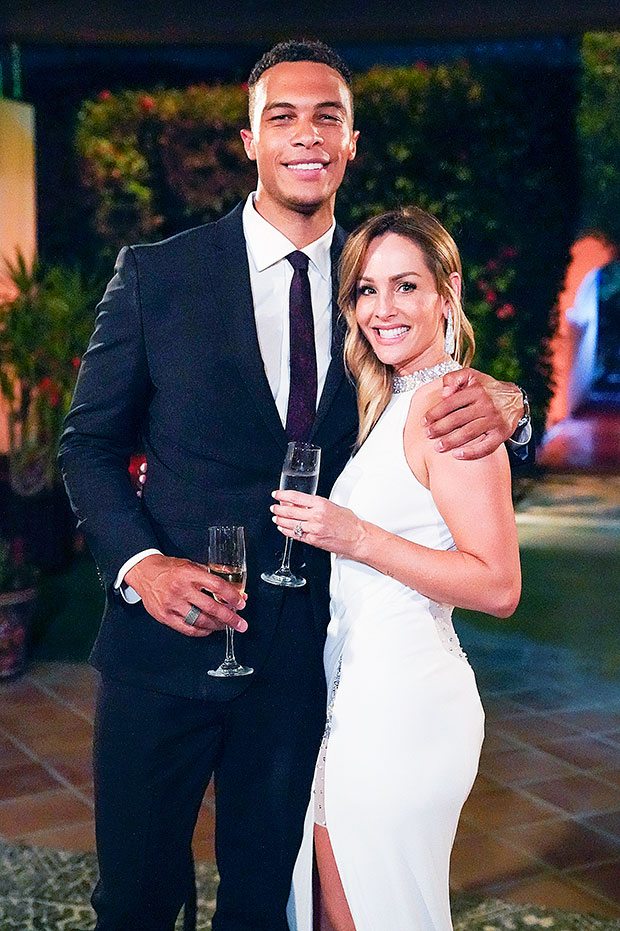 The proposal aired on ABC at the beginning of November, and Clare and Dale were finally able to go public with their relationship. Unfortunately, it didn’t last long. The two were still posting pictures and videos on social media together up until Jan. 9. However, they both shared some cryptic messages in the days that followed, which led fans to believe they had broken up.

E! News confirmed the split on Jan. 18, which led Dale to release his statement that evening. “I wanted to share with you all that Clare and I have decided to go our separate ways,” Dale wrote. “We appreciate the love and support we’ve received from so many people, but this is the healthiest decision for both of us at this time. We strongly believe in leading with love and always remaining true to oneself — something our families have taught and instilled in us throughout our lives. We only hope the best things for one another.”

Both Clare and Dale did not give reasons for the split in their messages. However, reporters caught Dale out and about in NYC on Jan. 20, where he added, “Clare and I have a lot of love for each other and this is the healthiest thing for us right now.” He also assured the reporter that he and Clare “will be cool.”