Rosanna Davison, 36, is the daughter of singer and songwriter Chris De Burgh, 72, and his wife of more than 40 years, Diane. The former Miss World took to Instagram to share the exciting news and shared a photo of herself alongside her twin sons Hugo and Oscar, and husband Wesley Quirke.

Rosanna has spoken candidly about her fertility struggles in the past.

The model also welcomed her daughter Sophia last November via surrogate, after doctors said it was the best option for her to become a parent.

The Irish-born model took to the picture-sharing site, where she said “my dreams have come true”.

In view of her 250,000 Instagram followers, Rosanna penned: “Our beautiful and healthy identical twin baby boys, Hugo and Oscar, arrived safely into the world this morning and our hearts are bursting with love. 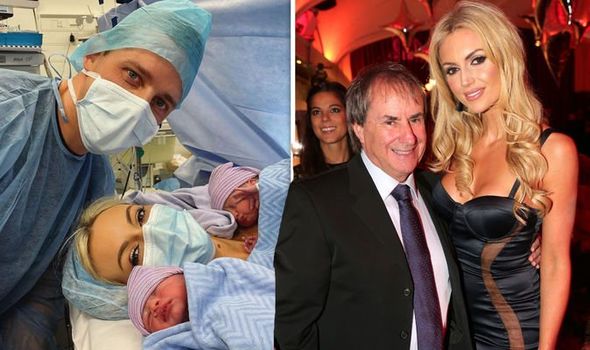 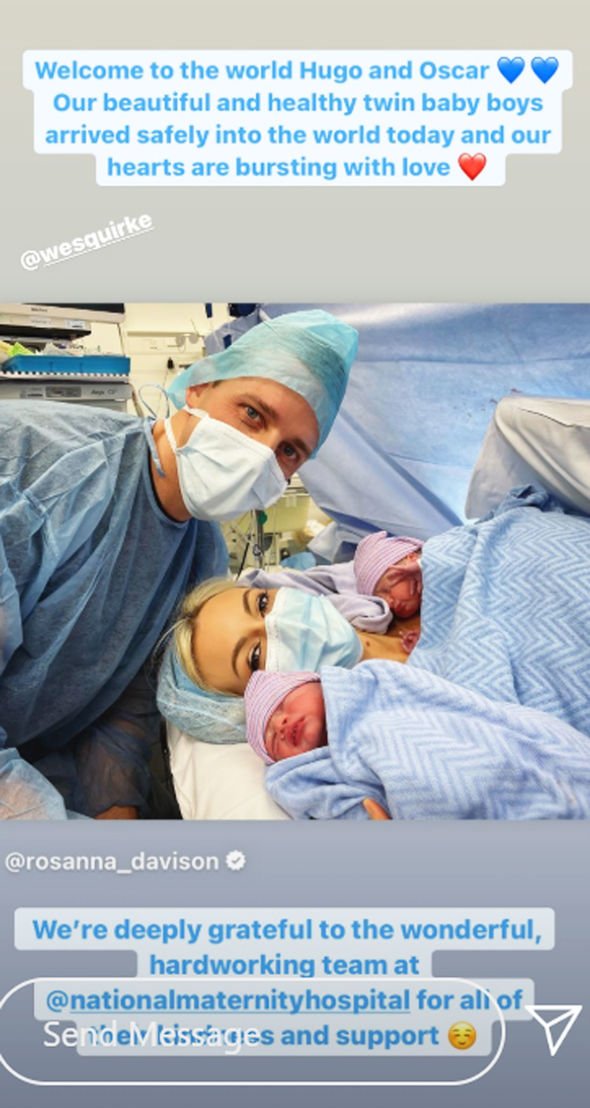 “Just like that, we’ve become a family of five and all our dreams have come true.

“We’re deeply grateful to the wonderful, hardworking team at @nationalmaternityhospital for all of their kindness and support.”

One person penned: “So happy for you both. Sophia will be delighted and a great big sister.” 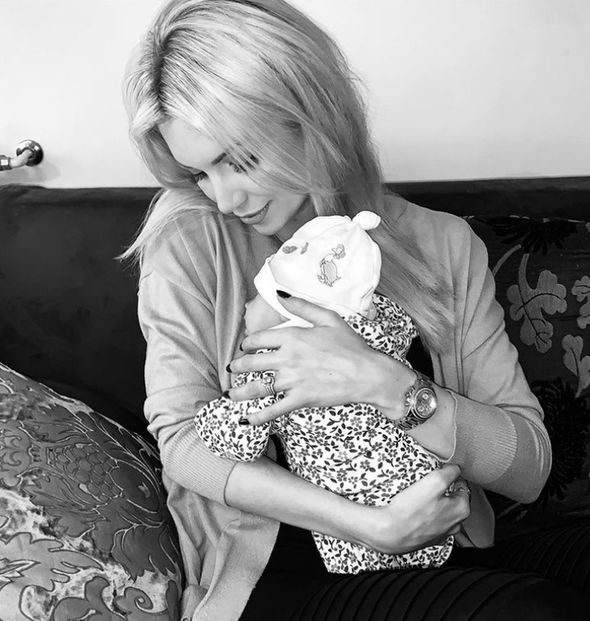 Another person wrote: “Thrilled for you! They look adorable.”

While a third person added: “The best news! Heartiest congratulations to both of you @rosanna_davison and @wesquirke. So delighted, enjoy every moment!”

Along with the addition of her miracle twin boys, Rosanna will be celebrating Sophia’s first birthday this weekend.

Earlier this year, Rosanna took to Instagram and announced that she was expecting. 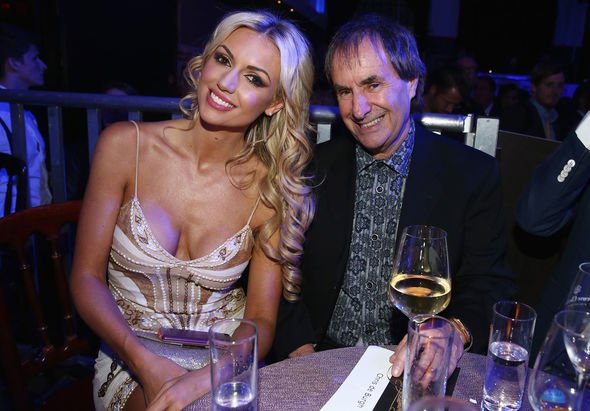 She penned: “We found out I was pregnant after the first month of lockdown when I was far more physically relaxed than I’ve been in years and enjoying the slow pace of family life at home, despite the anxiety and sadness in the outside world.

“So perhaps that time out from the stress of busy everyday life made all the difference.”

Sharing snapshots of her blossoming bump online, Rosanna wrote: “We have some news! Wes and I are beyond overjoyed to announce that we’re expecting identical twin boys this November.”

She continued: “As I’ve spoken openly about this year, we struggled with fourteen pregnancy losses over the past few years and a challenging fertility journey before finally welcoming Sophia last November by gestational surrogate.

“I was told that I would probably never be able to carry my own baby due to a suspected immune system dysfunction, which numerous different medical treatments failed to rectify.

“So for this to just happen naturally, and to have twins too by complete chance, is an absolute dream come true for us.”

She went on: “My doctor can’t offer a medical explanation for why I have been able to sustain this pregnancy and it will probably always remain one of life’s mysteries.

“We still can’t quite believe it ourselves and it’s taken a long time to properly process it and feel ready to share the news. As if 2020 hasn’t already been packed with enough surprises.”

Rosanna told her followers to “never give up hope”, saying: “Fertility miracles may take some time, but they really can happen in the most unexpected and magical ways.

“As always, sending so much love to those of you still on your baby journey. Never give up hope.”

11/19/2020 Celebrities Comments Off on Chris De Burgh’s model daughter Rosanna Davison gives birth to twins after 14 miscarriages
Recent Posts
We and our partners use cookies on this site to improve our service, perform analytics, personalize advertising, measure advertising performance, and remember website preferences.Ok