Carol Kirkwood, 58, presented the weather in front of Evian sponsorship at Wimbledon 2019 yesterday.

Some of those watching BBC Breakfast were annoyed Carol was speaking about refillable water stations, with Evian’s logo splashed everywhere.

One person commented on Twitter: “Slightly ironic @carolkirkwood on @BBCBreakfast talking about refilling water bottles @Wimbledon with @evianwater advert right behind her! #singleuseplastic.”

Carol, who missed her co-star Sally Nugent yesterday, responded by sharing a picture of an Evian water bottle which was labelled stating it is 100 per cent recyclable.

Didn’t take it personally at all

After Carol replied, the Twitter user said: “Fair point Carol – it wasn’t a criticism of you just an observation of the irony of this whole issue. Hopefully Evian have sponsored the free water points.”

However, the meteorologist didn’t seem to mind the criticism and said: “Didn’t take it personally at all Tim. Bless you x.”

Another person addressed single use plastic at the tennis tournament and tagged Carol saying: “The irony of @carolkirkwood telling us about #Wimbledon2019 reducing #plastics and having water stations to refill your own containers. #Sponsors?”

Again, the BBC weather favourite simply replied by sharing a picture of the recyclable bottle.

One person wasn’t happy with her response and said: “It’s still a use once plastic bottle though.”

Meanwhile, Carol was back at Wimbledon today and gave an update on the weather conditions for the rest of the week. 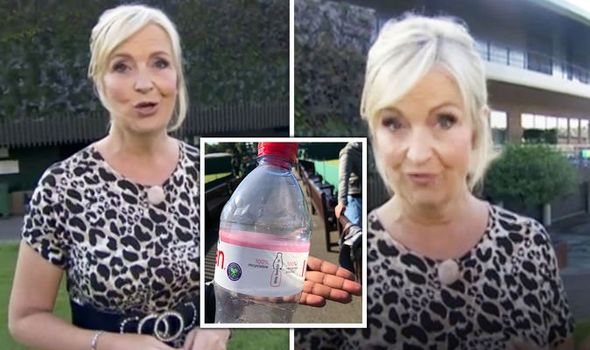 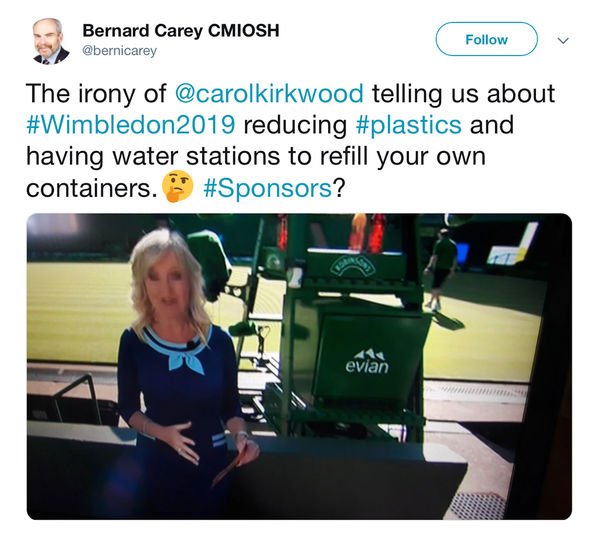 “Beautiful start to the day, the sun is shining,” she told BBC Breakfast fans.

Carol continued: “The forecast for Wimbledon today is a dry one. Once again, going to see sunny skies with temperatures up to 22.”

The star also gave an update on Twitter and told her 157,000 followers: “Today, mostly dry with sunny intervals.

Carol appeared to be having a lovely time at Wimbledon this morning as she shared pictures of herself cuddling up to some adorable pet pooches. 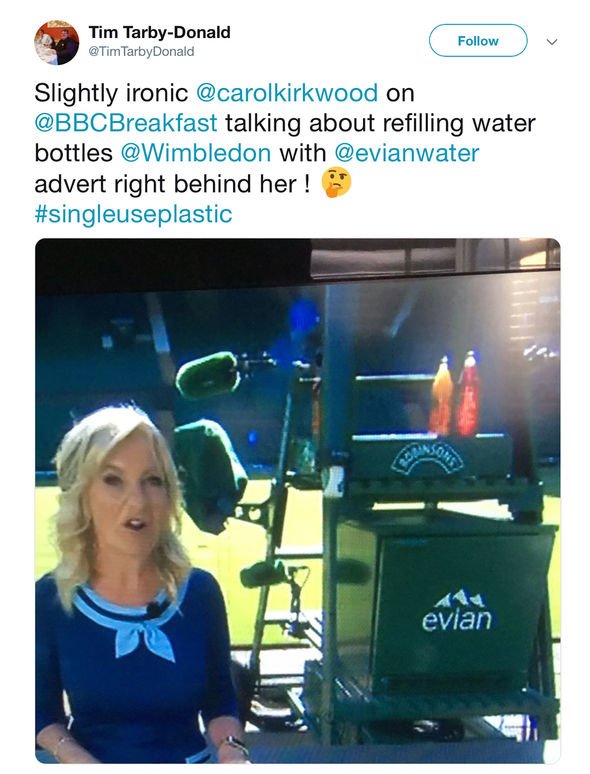 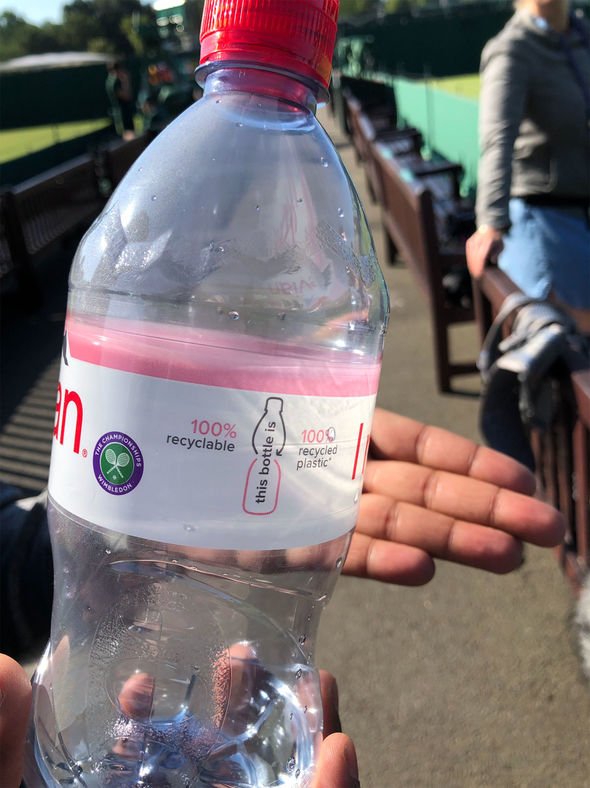 The BBC favourite uploaded a photo of herself beaming away with her hands on two cute dogs.

Carol went on to share another three snaps of herself and the gorgeous pooches, and appeared totally in her element.

BBC Breakfast airs on BBC One at 6am.