Brooklyn Beckham appeared to be living his best life as he got into the party spirit at Glastonbury Festival on Friday. 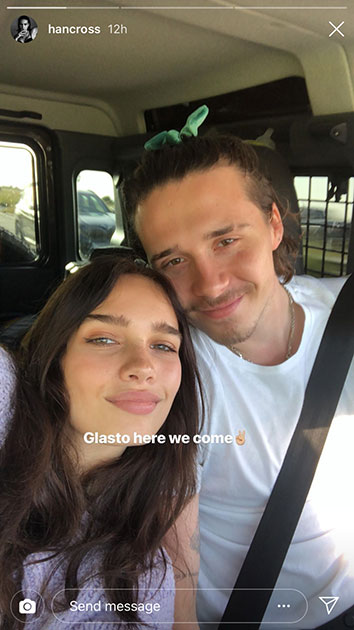 The oldest child of David and Victoria Beckham arrived at the Worthy Farm site with girlfriend Hana Cross in tow – and didn’t waste any time as he joined in the festivities.

Model Hana, 22, shared a series of videos on her Instagram stories; the first one showing the couple cosied up in the back of a 4×4, which she captioned: ‘Glasto here we come.’ 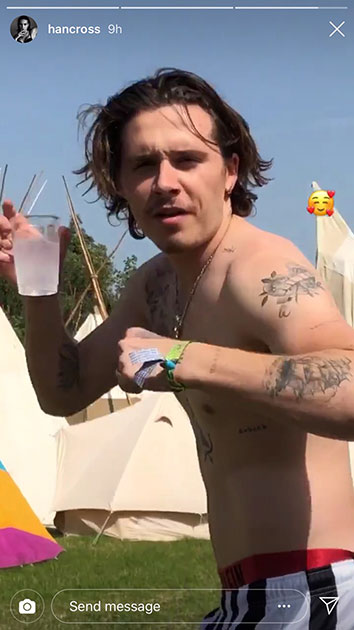 Once settled on site, Hana shared another video of Brooklyn, 20, dancing around their tepee topless with a drink in his hand, throwing some serious shapes to the tunes.

Later, some friends joined Brooklyn and Hana as they danced around at the side of the stage while watching Two Door Cinema Club perform. 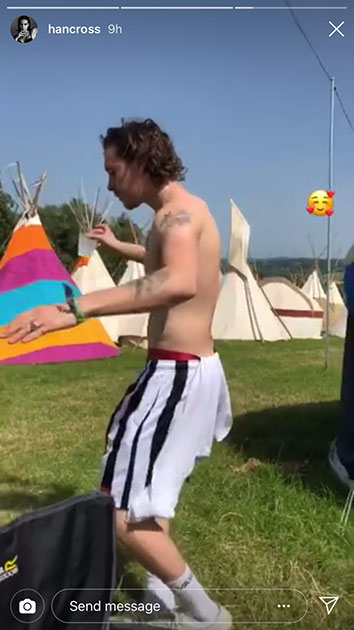 The budding photographer and his love appear to still be going strong despite a series of public rows over the last few months.

Earlier this month, dad David reportedly warned Brooklyn to spend some time away from Hana after they were spotted having an explosive argument during a trip to Cannes in May, reportedly screaming and crying in each other’s faces when they visited the annual film festival.

MORE: David Beckham risks backlash from trolls as he kisses daughter Harper on the lips again 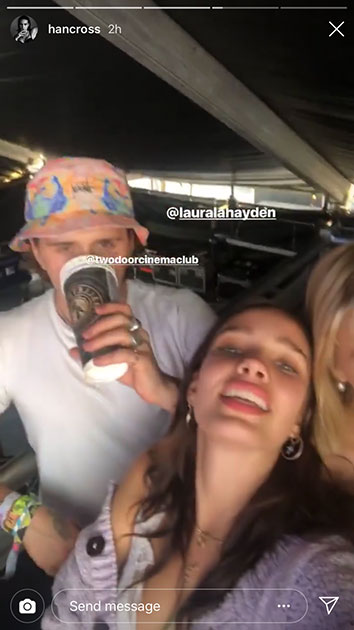 They were also previously pictured in the midst of another heated bust up as the couple both broke down in tears in the front of Brooklyn’s car.

David has reportedly now had enough of the lovebirds consistently being at loggerheads, with a source close to the family revealing: ‘David’s got a tight bond with Brooklyn and it’s been worrying for him and Victoria to watch him arguing with Hana.

‘They’ve been so up and down these past few weeks and David wants Brooklyn to have a serious think about whether he’s got a future with her.’