Nobody who saw TAR when it premiered at the Venice Film Festival in September could possibly have quibbled with the jury’s decision to anoint Cate Blanchett as the festival’s Best Actress. Indeed, I will be surprised if she doesn’t add an Academy Award to the pair she has already. This week she also bagged a Golden Globe.

She is spellbinding in TAR. In a story set in the world of classical music she gives a mighty virtuoso performance, of which the film, though at least 20 minutes too long and with a few off-key notes towards the end, is mostly worthy.

Blanchett plays Lydia Tar, world-renowned conductor of the Berlin Philharmonic and beloved protegee of the late Leonard Bernstein. This weaving of fact and fiction is how the film starts. 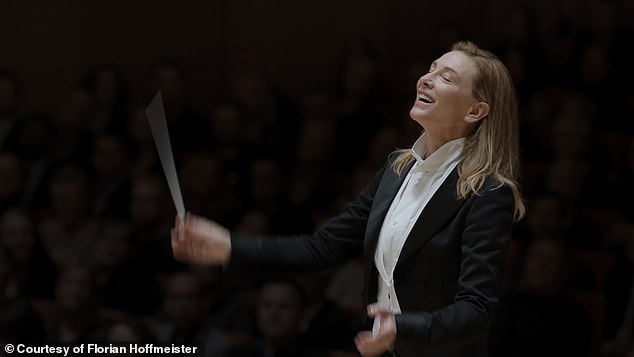 We first meet Lydia in her native New York, where she is being obsequiously interviewed on stage by the New Yorker magazine’s Adam Gopnik (convincingly playing himself), in front of an adoring audience hanging on her every word. She is, Gopnik reminds her fans, on a ‘short and shimmering list’ of EGOTs, namely those few blessedly talented people who have won all four of the major American showbiz awards: an Emmy, a Grammy, an Oscar and a Tony.

Lydia has the ego to go with her EGOT, too. She treats her devoted assistant (Noemie Merlant) with lofty disdain and looks down on a fellow conductor (Mark Strong). When she gives a masterclass at the elite Juilliard School, she is haughtily contemptuous towards a ‘pangender’ student who declines to play or even listen to Bach because, apparently, the great composer was a sex pest.

‘Don’t be so eager to be offended,’ she says, berating social media for whipping up a cancel culture. As it happens, the audience in Venice cheered that line. But the student storms out, leaving the slight sense that maybe this scene will prove to have a significance beyond its demonstration of Lydia’s ferocity.

Blanchett plays Lydia Tar, world-renowned conductor of the Berlin Philharmonic and beloved protegee of the late Leonard Bernstein. This weaving of fact and fiction is how the film starts

As well as fierce, Lydia is also gay. We follow her back to Berlin, where she lives with her wife, Sharon (Nina Hoss), the orchestra’s first violinist, and their daughter.

A fair amount of the film has now passed, yet still it’s not clear where it’s leading us. Writer-director Todd Field has immersed us in Lydia’s life and the snarky politics of the orchestra, and Blanchett’s formidable performance especially has us hooked. But there doesn’t appear to be a straightforward linear narrative. At night, Lydia seems to be haunted by noise — a ticking metronome, even the hum of the fridge. Could it be that her incredible musical ear will itself be her downfall?

This is where we nudge into spoiler territory. As narrative momentum does finally begin to build, Lydia is indeed knocked from her podium — although not by anything as delicate or sensitive as hearing. When something terrible befalls a former protegee, the news is devastating but not for the reasons you might expect.

Meanwhile, Lydia’s powerful crush on a pretty Russian cellist begins to expose frailties in her that until now have been well hidden. Try as she might, she can no longer keep her public image and her personal predilections apart.

One by one, her certainties crash and burn.Field gets a bit carried away towards the end; perhaps because he has orchestrated everything so deftly, one scene in particular feels terribly discordant.But for the most part, even at its excessive length, this is a tremendously absorbing film, for which everyone involved should take a bow, the remarkable Blanchett most of all.

The week’s other big release with a one-word title, M3gan is also about a difficult, manipulative female, although conspiracy theorists shouldn’t read anything into the decision to give her the same name, give or take, as the Duchess of Sussex.

This M3gan (an acronym of Model 3 Generative Android) is a doll. A crying, talking, sleeping, walking, living doll of the kind Cliff Richard certainly never envisaged. She is the creation of Gemma (Allison Williams), a brilliant robotics engineer with a Seattle toy company, who spends her life imagining what children might like but then has to do it for real when her nine-year-old niece Cady (Violet McGraw) is orphaned in an appalling car crash. 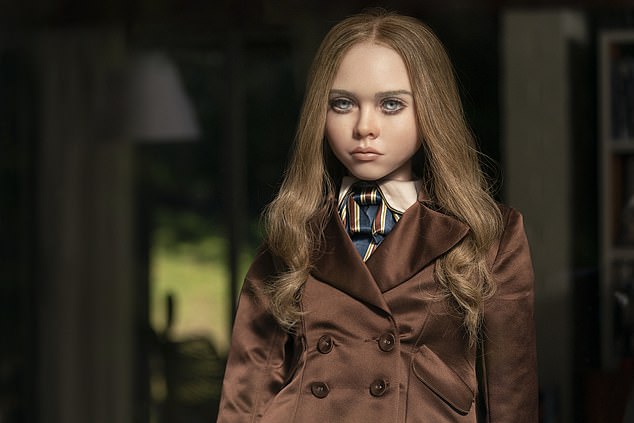 The week’s other big release with a one-word title, M3gan is also about a difficult, manipulative female, although conspiracy theorists shouldn’t read anything into the decision to give her the same name, give or take, as the Duchess of Sussex

Although she designs toys for a living, it turns out that Gemma can’t relate to kids at all. But when she brings M3gan home, Cady is smitten. Gemma programmes M3gan to protect Cady and through the doll, aunt and niece become closer.

Better still for Gemma, Cady’s interaction with the startlingly humanoid M3gan helps her to perfect the animatronics.

But when M3gan starts taking her job of protector much too literally, savage mayhem ensues. She doesn’t, it transpires, actually like being told what to do.

Splendidly directed by Gerard Johnstone and wittily scripted by Akela Cooper, this is not quite a horror film, not quite a slasher movie and not quite a dark comedy, but a terrifically enjoyable amalgam of all three. Perhaps above all, it’s a mischievous satire about artificial intelligence, with rumbling echoes of Frankenstein’s monster. I didn’t expect to like it, but I did, very much.

Meet the SLOWEST gun in the west

Nicolas Cage had never starred in a Western before The Old Way, and it’s fair to say, in the circumstances, that the venerable genre ain’t been missing much.

In a film that is almost impressively derivative, as if there were a checklist of much better Westerns at director Brett Donowho’s elbow, Cage does his best to give us a version of Clint Eastwood in Unforgiven (tick). Only his best is not nearly good enough.

He is Colton Briggs, retired gunslinger; the toughest, nastiest man in the West reformed by the love of a good woman but still a fellow of few words. Instead of seeming taciturn, however, Colton just seems plain dim. A heartfelt speech to his fragrant wife (Kerry Knuppe) makes him sound like Forrest Gump (accidental tick).

Nicolas Cage had never starred in a Western before The Old Way, and it’s fair to say, in the circumstances, that the venerable genre ain’t been missing much

But anyway, she’s not around for long because a baddie with a 20-year-grudge against Colton turns up with his sidekicks and murders her, leaving Colton to saddle up with his spirited young daughter Brooke (Ryan Kiera Armstrong) and go after the varmints.

There are fawning nods to True Grit (tick), High Noon (tick) and The Searchers (tick) as all this unfolds, but also to modern sensibilities, with both father and daughter appearing to have a form of autism. That shows a little more originality, but still the best that can be said for The Old Way is that there’s only just over an hour and a half of it.

The Estate (15, 96 mins), available on Sky Cinema, is also mercifully brief. British writer-director Dean Craig has crafted a desperately lumpen comedy, set in the American South, about a pair of cash-strapped sisters (Toni Collette and Anna Faris) trying to inveigle a legacy out of their wealthy dying aunt (Kathleen Turner) who inconveniently has always hated them.

A quality cast, led by the always watchable Collette, gives the film a veneer of class. Alas, it very quickly rubs off.