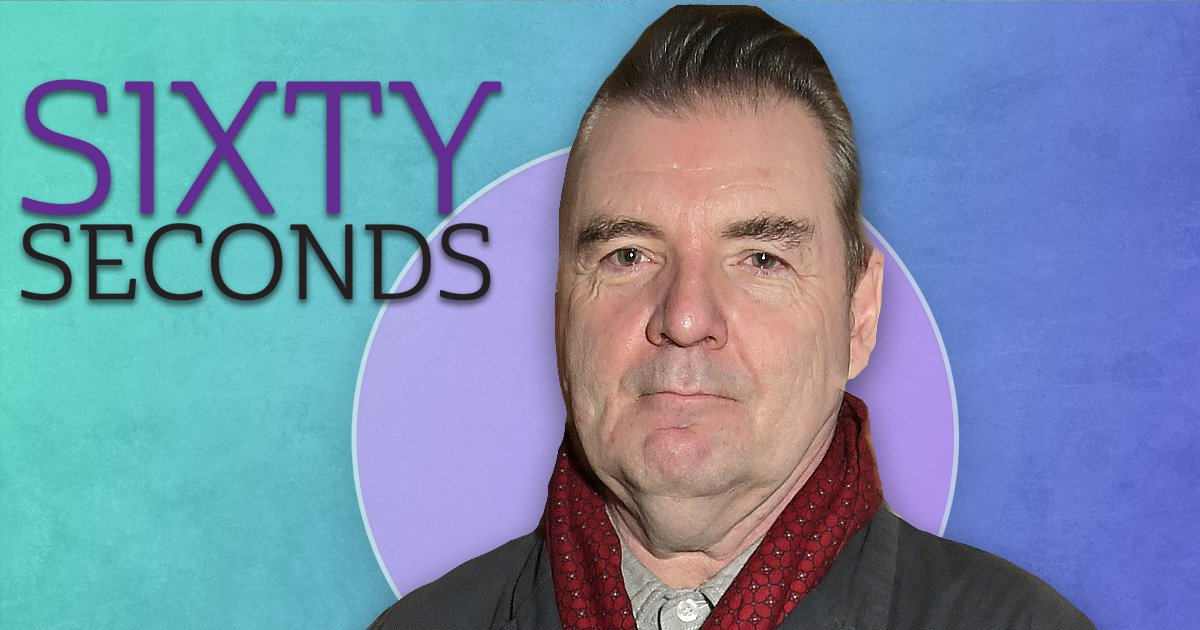 Downton Abbey star Brendan Coyle, 57, on the next film in the franchise, his new play, making Judi Dench cry and visiting his great-uncle Matt Busby.

Congratulations on the reviews for your new play Shining City…

We’re chuffed and thrilled to be back in front of live audiences. When lockdown happened I was about to do a play in Chicago so I wanted to be at the vanguard of our theatres opening again.

Were you locked down in Chicago?

Yeah, it happened quickly, 10 days before the UK lockdown, so I couldn’t get back unless it was via New York, Dublin, London, all these Petri dishes of infection at that time.

I was there with my best friend in an apartment downtown, rehearsing online, doing online fundraisers, and mooching around Chicago for about six, seven weeks. Then I came back through an empty airport to get on an empty plane. That was weird.

What’s the story of Shining City?

My character, John, has been referred to a psychiatrist by his doctor because his wife died horrifically two months previously, and he’s seen her ghost in the house.

He’s traumatised, living in a B&B and can’t go back home. As the play unfolds, we see the life of his psychiatrist, a former priest, and at the centre of the play is a therapy session where we see what happens on the night of John’s wife’s death.

It’s stunningly written and the denouement has people jumping in the aisles but even in the darkest moments, it’s funny.

Could you relate to John?

The experiences of a middle-aged man in a relationship that hasn’t worked? I can relate to that.

But I think a lot of us recognise the idea of daydreaming about what might have been — the way John describes a relationship that’s gone a bit stale, how that triggers his imagination and fantasy life in a way that’s not really constructive.

Have you ever had any paranormal experiences?

No, but John also describes somehow having a feeling that someone is there. I’ve had moments like that in my life but I’ve never actually seen anything. I’m up for it, though!

How did you deal with the Downton madness?

I’m glad it’s settled down. It’s alarming, that level of kind of recognition.

I didn’t find the mania a comfortable experience but we’re all grateful for Downton and lifelong friendships were made there.

What can you say about the second Downton movie?

Not much! It’s coming out in March and I think it’s the best romp — our funniest and our most exotically beautiful in terms of where we shot it.

They understandably keep a very tight lid on it but this one’s a cracker.

Did theatre give you the acting bug?

It did! It sounds corny but it was the classic thing of a great English teacher taking us all to see Richard III. I was 15, a light went off and I thought, ‘Wait a minute, you can do this for a living.’

Did you ever have a back-up?

No, but I gave myself a talking-to in my mid-20s when I was really struggling. I’d started out well in fringe theatre but wasn’t getting any breaks and thought, ‘Well, I have to make a decision. Do I retrain?’

I was making a living on building sites and in bars and so on but I made a pact with myself and said, ‘This is it. You’re in for the long haul with this job.’

Yeah, I did an extract from Brian Friel’s Philadelphia, Here I Come! when I was auditioning for drama school and Judi [who was on the audition panel] got very emotional.

As a Manchester United fan, how excited were you by Cristiano Ronaldo’s return?

A little bit sceptical but I have been since Alex Ferguson left. Matt Busby was my granny’s brother so United is a family affair. Ronaldo’s return was glorious but you can’t have a one-man team.

Rory Keenan’s in Shining City and he’s a Villa fan so the day they beat us, I said, ‘I don’t want to know the result, I want to watch Match Of The Day when I get in.’ But he was just kind of smiling all the way through the performance, so I knew. I want us to win that title again very badly.

Did Matt Busby take you into the dressing rooms when you were a small child?

No, when I was growing up all the men in our family would go on a weekend away to Old Trafford on a bit of a mission. It wasn’t so much a family game then but eventually we’d go to Matt’s house in the morning, then watch it from a box.

Matt used to come down to Corby a lot, where I grew up because he and my granny were very close. He opened my dad’s butcher shop.

Watching George Best, did you ever imagine you’d be a sex symbol one day?

Behave! Very few people were as sexy as George Best.