Beyoncé and her husband Jay-Z are not hurting for cash. The two have a combined net worth of more than $1 billion dollars. But both come from humble beginnings. That means that even though Queen Bey can afford any hair or makeup product she wants, she’s familiar with the drugstore brands she grew up with. Beyoncé’s mother was a hairdresser in her native Texas, so she knows a good hair product when she finds one. Surprisingly, some of her go-to products are accessible to the average person. 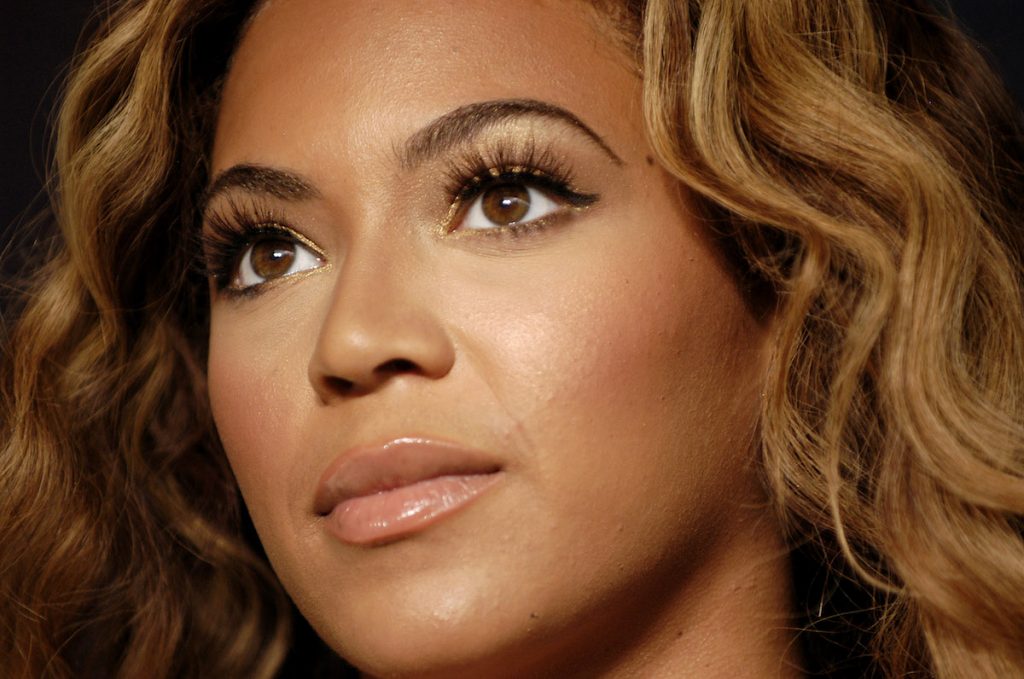 Even though she’s the queen of music, Beyoncé is famous for doing her own makeup. Many celebrities and performers have professional makeup artists to do their looks for them, but not Queen B. She makes a point of doing herself up, even on tour.

According to Beyoncé, doing makeup means she’s “able to sit down for an hour and play around with makeup, which I find really relaxing and fun.” Although she does have a professional plan out her performance looks, she still puts the makeup on herself. It’s part of her process and gets her ready for the day, or the show.

Part of that process includes putting on bronzer, especially if there are going to be any public appearances. Beyoncé’s preferred bronzer brand is L’Oréal Paris Sublime Bronze One Day gel, which is easy to get. Beyoncé herself points out that it’s available at any Walmart.

She also likes L’Oréal Paris Elnett hairspray on the red carpet. Again, Beyoncé’s mom is a hairstylist, so she’s tried a lot of products. This one has the best hold for a long night, according to Beyoncé. And it’s another readily available product sold anywhere hair products can be found.

Beyonce has a trick for beating that fatigued look

If you want to demand more charges brought on all those involved in the death of George Floyd, click the link in my bio to sign the petition.

Beyoncé is busy. She’s a singer, actress, entrepreneur, mother, among other things. To say she’s a quadruple threat would be selling her short. As any busy person knows, sometimes all that running around leaves a mark.

Beyoncé has a great way to avoid tired eyes. She revealed: “I put a little gold eye shadow in the inner corners of my eyes—it’s more subtle than white, but it still really makes you look more awake.”

When all else fails, Beyoncé makes sure to keep a pair of sunglasses on hand to hide fatigued eyes. Like the L’Oréal products, Beyoncé has gifted fans with quick, accessible tricks. Some stars may use expensive creams as an anti-fatigue technique, but not Bey.

Her method is something anyone can afford. Beyoncé knows that not everyone has access to the high-end products celebs do, and she’s sensitive to that. She wants all women to feel empowered, and sexy. That’s what her new perfume, Heat, is all about.

Anyone can smell like Beyonce thanks to her new perfume

Heat is the epitome of accessible luxury. It’s by Beyoncé, so fans can assume it’s high quality. But she’s not selling it at a premium. Like her favorite hair and skin products, Heat is available at Walmart, for an accessible price. Anyone can buy a bottle of Beyoncé’s scent for less than $15. That’s part of Beyoncé’s vision for the product.

Beyoncé approaches making products for women the same way she approaches her music. She wants women to feel good, whether it’s dancing to her latest banger in the club, or when they step out of the house wearing her fragrance.

She said: “When I write songs, I want them to be sensual and sexy, so women can go out on the dance floor and feel free and strong—like they can say whatever they want to say, especially to the opposite sex. And that’s what I wanted Heat to do too. You feel more confident when you’re wearing a fragrance you love.”

08/01/2020 Celebrities Comments Off on Beyoncé's Red Carpet Tricks Include Drugstore Staples Anyone Can Snag
Recent Posts
We and our partners use cookies on this site to improve our service, perform analytics, personalize advertising, measure advertising performance, and remember website preferences.Ok