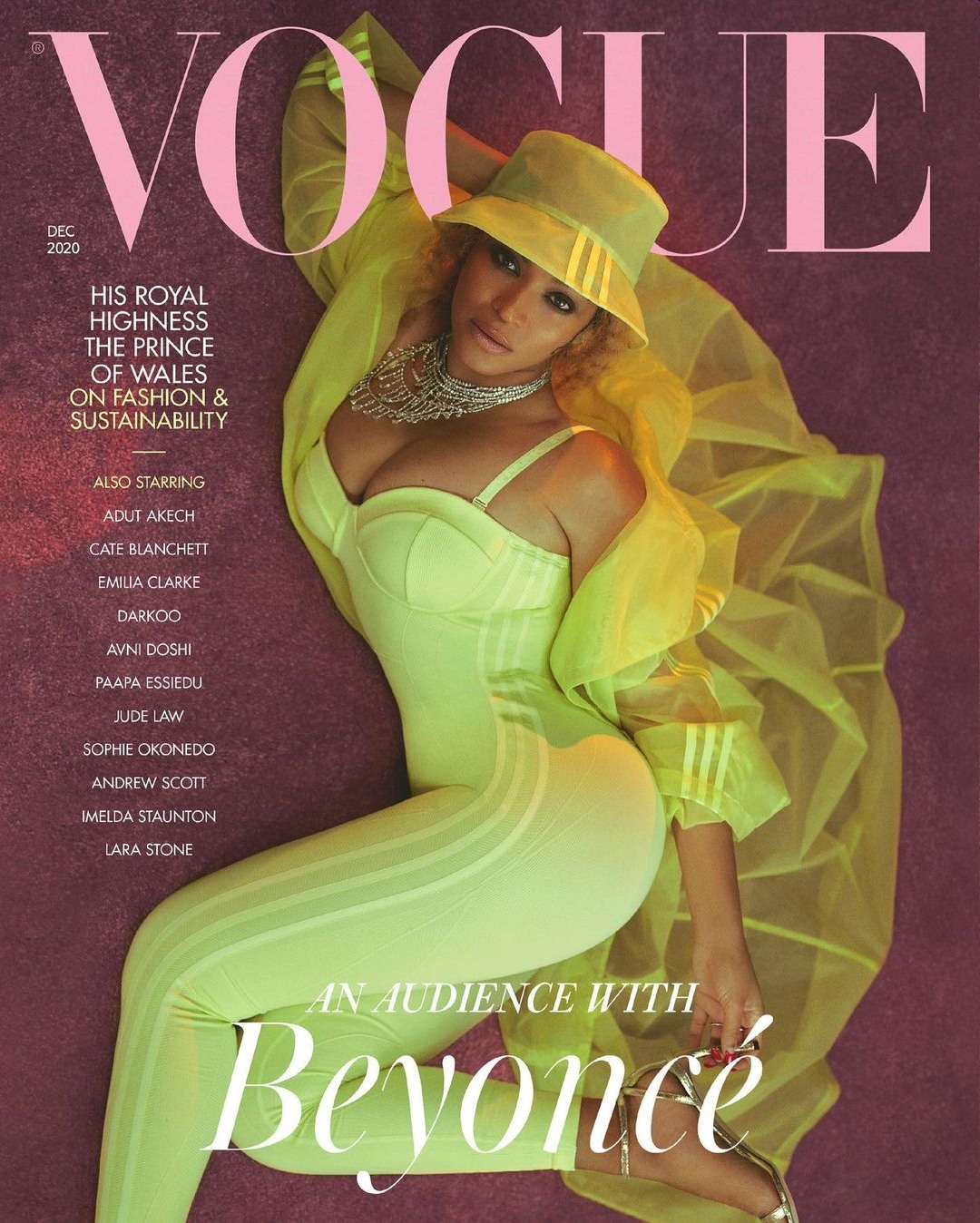 Beyonce covers the December issue of British Vogue, with an interview conducted by Edward Enniful. Enniful has gotten so much attention and hype as the first Black editor-in-chief of any Vogue house, and I suppose that’s why Beyonce agreed to these multiple covers and exclusive interview. Plus, she had something to promote: her latest Ivy Park X Adidas line (Drip 2) pieces of which she models in the magazine. Every time Beyonce opens her mouth these days, it makes major news, that’s how rare her public statements are. She spoke to Vogue about this hellscape year and more.

On 2020: “It would be difficult to experience life in a pandemic and the current social unrest and not be changed. I have learnt that my voice is clearer when I am still. I truly cherish this time with my family, and my new goal is to slow down and shed stressful things from my life. I came into the music industry at 15 years old and grew up with the world watching, and I have put out projects nonstop.”

Everything that’s happened in the past four years: “I released Lemonade during the Formation World Tour, gave birth to twins, performed at Coachella, directed Homecoming, went on another world tour with Jay, then Black Is King, all back to back. It’s been heavy and hectic. I’ve spent a lot of time focusing on building my legacy and representing my culture the best way I know how. Now, I’ve decided to give myself permission to focus on my joy.”

On motherhood & power: “Something cracked open inside of me right after giving birth to my first daughter. From that point on, I truly understood my power, and motherhood has been my biggest inspiration. It became my mission to make sure she lived in a world where she feels truly seen and valued. I was also deeply inspired by my trip to South Africa with my family. And, after having my son, Sir Carter, I felt it was important to uplift and praise our boys and to assure that they grow up with enough films, children’s books and music that promote emotional intelligence, self-value and our rich history. That’s why the film [Black is King] is dedicated to him.”

[From British Vogue via Billboard]

Rumi is shook! I can’t believe Rumi didn’t get a shout-out, damn. Blue Ivy was the first and I get how Blue’s arrival changed everything. But wow, Beyonce had twins after that! Beyonce didn’t even call her second daughter The Other One, B just ignored her completely! As for 2020 being a reset year, a year of reflection and a year to refocus one’s priorities… I get that. I hope that a lot of people have spent 2020 deciding to do things differently, or figuring out another way to live or exist or thrive. It would suck if only a few of us were left changed by this year. 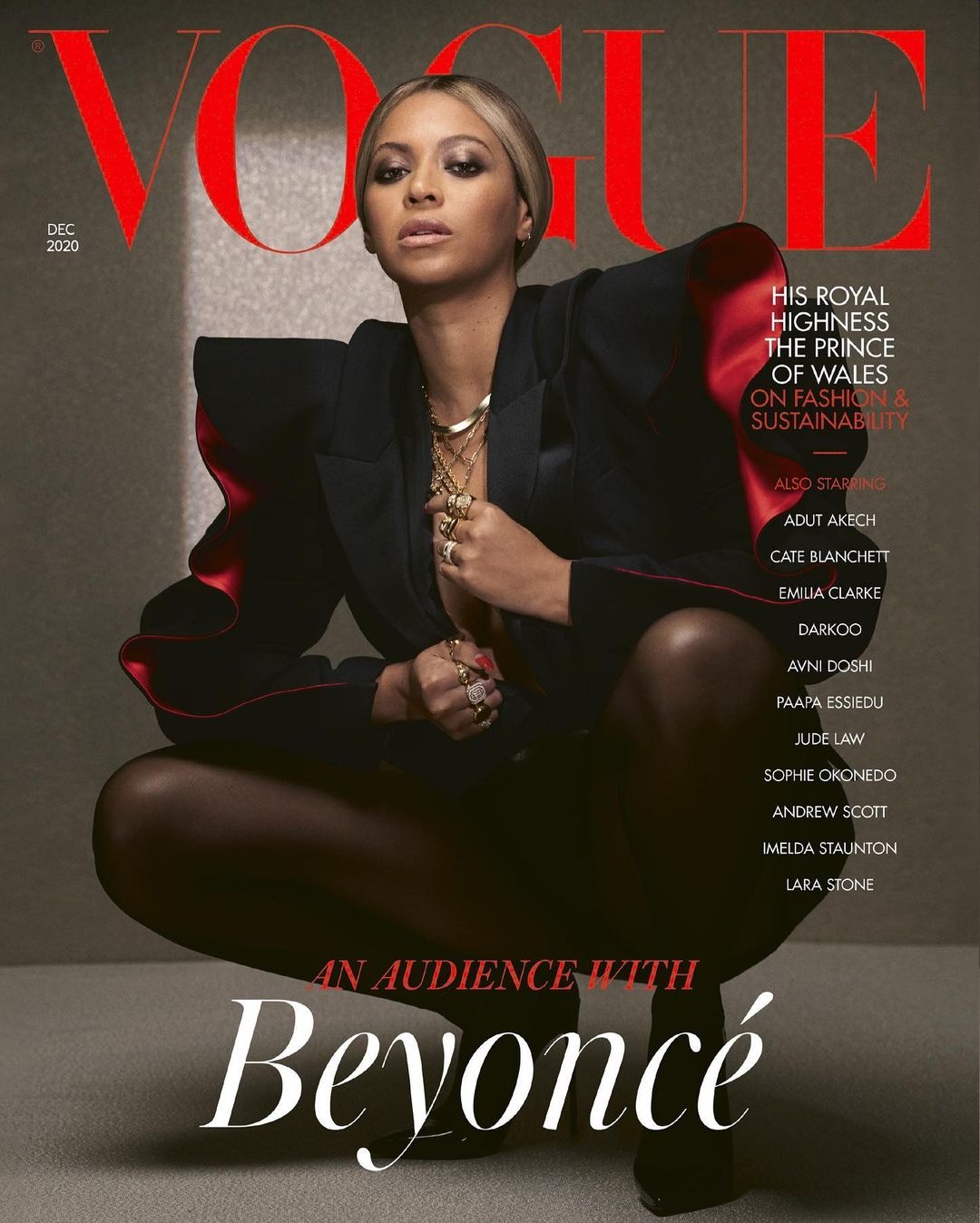 @Beyonce stars on three special covers for the December 2020 issue of #BritishVogue. She speaks to Editor-In-Chief @Edward_Enninful about everything from the recent racial and social justice movements, to her personal legacy and why she has finally decided to “give myself permission to focus on my joy”. Read the full interview and see the 20-page fashion extravaganza photographed by Kennedi Carter in the new issue, on newsstands and available for digital download Friday 6 November. #Beyonce wears all @MuglerOfficial. Photographed by @InternetBby and styled by @Edward_Enninful with hair by @JawaraW and colourists @Rachel_Bodt and @ShirleyGHauteHair, make-up by @FrancescaTolot, nails by @OhMyNailsNYC, set design by @StefanBeckman and lighting direction by @_Wordie. With thanks to Beyoncé’s personal stylist @ZerinaAkers, her tailor #TimWhite and publicist @YvetteNoelSchure; Parkwood Entertainment creative director @KwasiFordjour and creative producer @LaurenLaLaBaker; Satellite414 founder @CarlitoF8; @TravisKiewel and @RobFamous for @ThatOneProduction; and Vogue entertainment director-at-large @JillDemling.

11/19/2020 Celebrities Comments Off on Beyonce covers British Vogue: ‘I have learnt that my voice is clearer when I am still’
Recent Posts
We and our partners use cookies on this site to improve our service, perform analytics, personalize advertising, measure advertising performance, and remember website preferences.Ok