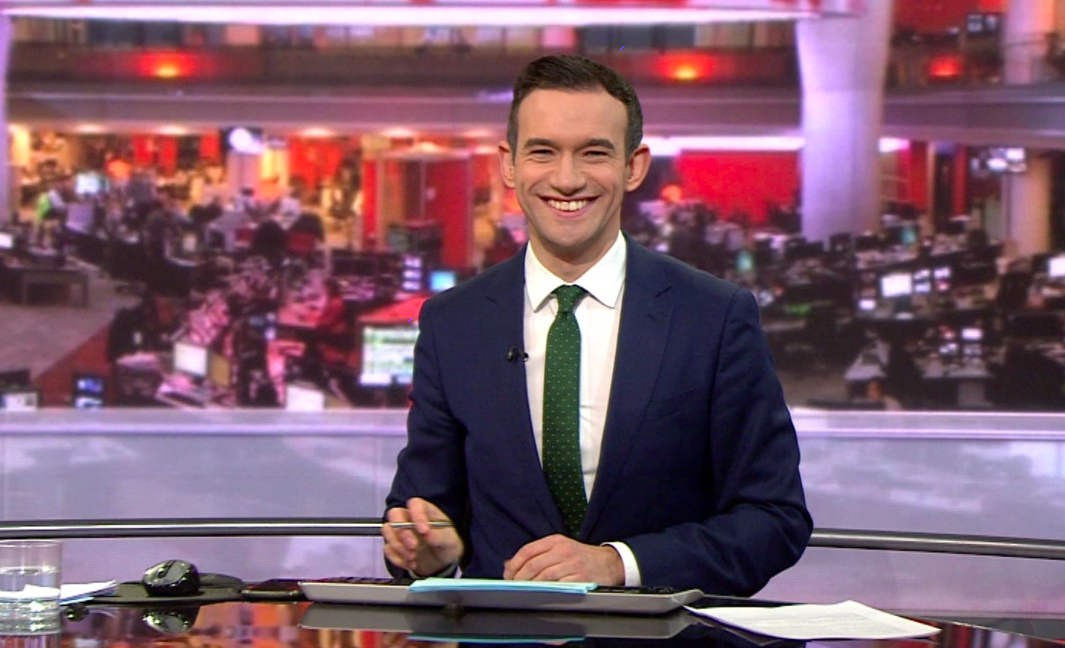 BBC journalist Ben Bland has changed his surname to Boulos to celebrate his heritage.

The journalist has explained that he will now use the name Ben Boulos in his professional and daily life, and has changed his name across his social media accounts.

His decision was sparked by constant confusion between him and a former Financial Times journalist in Australia called Benjamin Bland, with Boulos often receiving messages intended for the other Mr Bland.

On his website, he wrote: ‘In recent months, I have received quite a few messages on social media – some pleasant, some hostile – intended for another journalist with exactly the same name as mine: Ben Bland. It is an easy mistake to make. We do not look too dissimilar, we both cover global news, we are of a similar age, and both studied at Cambridge University at the same time. We are entirely unrelated but it is a recipe for confusion.

‘That prompted me to think about my name and whether I should change it – for clarity and to avoid confusion.’

However, Boulos admitted that there was more to his decision than confusion with another journalist.

He wrote: ‘Changing my name is something I have thought about before, on-and-off, for another reason: my name hides aspects of my identity that are important to me but not immediately obvious to others.

‘My mother’s side of the family is Sudanese-Egyptian and I grew up speaking fluent Arabic alongside English, even though I was born in the UK. I still speak and understand Arabic conversationally, although I have never learned to read and write the language (it remains an ambition to be tackled sometime).

He continued: ‘Every name tells a story – and I want mine to give a more complete picture of who I am.

‘It feels a significant time to do it, because of a similar decision made around a century ago – adding an historic symmetry to all this. In discussing it with my father, to make sure he would not be offended or upset by it, he reminded me that “Bland” itself was a chosen name.

‘In the 1920s, his paternal grandmother (my great-grandmother) decided – and convinced my great-grandfather – that with violent anti-Semitism on the rise across Europe, it would be wise for them to change the family name of “Blumenthal” with its overtly Jewish-Germanic links. They decided on the blandest name possible – literally – to ensure their survival. It was a name chosen for that reason at that time and it served its purpose well.

‘I have wondered whether changing from the name “Bland” is somehow disloyal to the memory of my great-grandmother’s wise decision, without which I may not be here. But times change, thankfully for the better.

‘We can now increasingly celebrate the difference and diversity in our backgrounds rather than having to hide them. I like to think she would feel happy about that and see my decision as being driven, much like hers, by pragmatism in response to shifting attitudes – instead of feeling bound by sentimental obligation to a sequence of letters chosen a century ago.’

Followers congratulated Boulous on his name change, while his name buddy Benjamin Bland tweeted: ‘Congrats on the new name Ben. Am a bit concerned that my abuse meter will rise now though.’

Boulous is a regular presenter on BBC World News, BBC One and the BBC News channel, and has also appeared on BBC Breakfast.