In a video clip of the star being filmed at a low angle, Amanda gave fans a glimpse of her assets and jaw-dropping figure.

She was filmed reenacting the famous moment Kate Winslet, 43, stood at the end of a boat with her arms outstretched in the film Titanic.

As Celine Dion’s famous hit My Heart Will Go On could be heard in the background, Amanda was seen overlooking the sea from a boat while holding onto a Heart radio microphone cover.

She attempted to stay in character throughout the clip but turned around towards the camera to giggle at the end.

Amanda shared the clip with her 1.2 million Instagram followers with the caption: “The @thisisheart does go on!!! Muff wearing factor 30 btw.”

Many of the star’s fans flocked to her page to comment on her appearance.

One user wrote: “Hope your holiday is going on great.”

“You know on holiday you don’t work right?” a third joked. 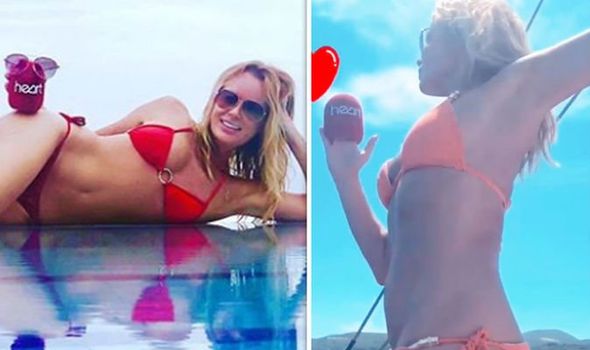 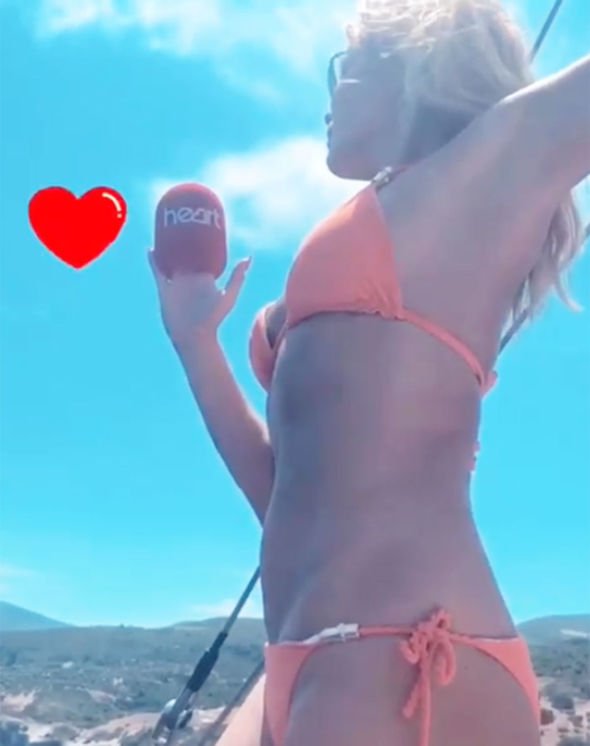 The blonde beauty filmed the video during her family holiday with husband Chris Hughes and their daughters Alexa, 13, and Hollie, seven.

Amanda shared a cosy snap of her and Chris during a beach trip earlier this week.

The pair beamed for the camera as they laid on a sun lounger while sporting sunglasses.

She later shared a picture of her with their two daughters as they strolled on a beach.

Ahead of her family getaway, Amanda Holden revealed how her husband “went blue” before an actor saved him from choking.

Speaking on her Heart Breakfast Radio show with Jamie Theakston, 48, she recalled the moment Chris almost died over dinner.

In a discussion about actor Thomas Haden Church, 59, Amanda said: “[I] have to say, he is also the saver of my husband’s life, and that’s no word of a lie.” 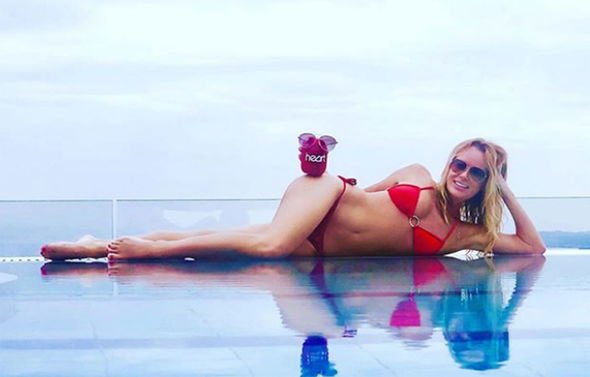 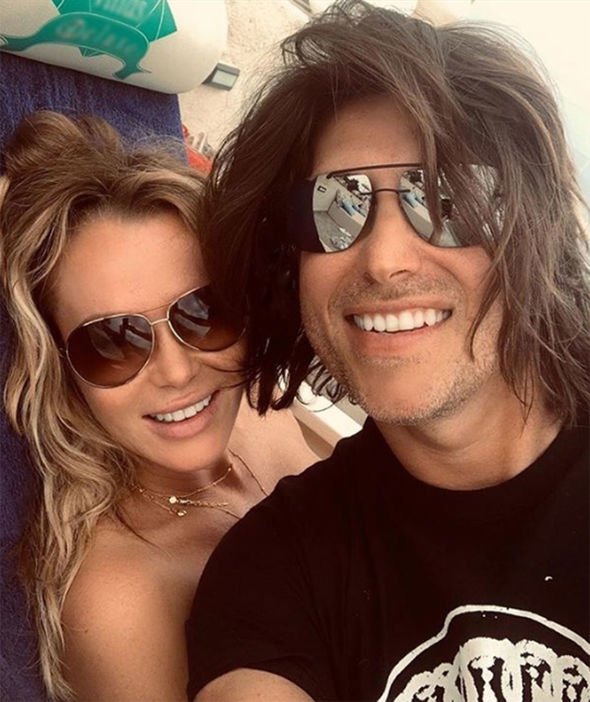 She explained: “We were on holiday in America and Chris had to have a lunch with an American comedian and I was back at the hotel with the kids.

Amanda went on to say she thought the pair’s business meeting must have been going well because her husband had been gone for a long time.

She added: “But actually what happened — he was eating pasta, he got a bit lodged in his throat, thought, oh, well okay, I’ll have a bit of Diet Coke or whatever to swish it down.

“It expanded and he was doing that British thing of carrying on making eye contact with this American comedian,” she continued.

“And he completely went blue, could not breathe, and out of nowhere this man came and did the Heimlich manoeuvre on him.”

The television judge added her husband had turned around to see Thomas standing there.

She added, giggling: “The guy [Thomas] was like, ‘Are you okay? Are you okay?’” before adding Chris had praised the actor, despite gasping for air.